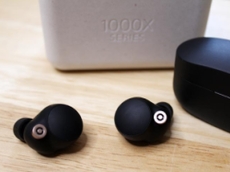 Save for a few special features.

The Best all-round MU-MIMO router of the moment

The pricey, business-grade router has some powerful features. But you pay for them.

In Pictures: Inside the evolving world of wireless charging technology

Wireless charging is starting to make headlines, with companies like Samsung pushing the technology in its Galaxy line of smartphones. But did you know wireless charging goes back as far as the early 1900s?

In Pictures: 10 mirroring devices let you present without wires

Wirelessly sending a presentation from your laptop or tablet to a large screen is a breeze with one of these mirroring devices.

In Pictures: 12 Bluetooth gadgets for geeks

Bluetooth, the short range wireless data communications technology, is in a huge range of products these days, and not just computers and phones.