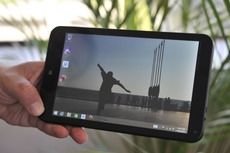 It's small and can be held in the palm of your hand, yet it's a full Windows 8.1 device 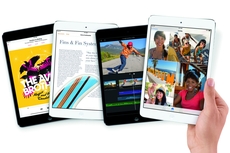 This highly accurate stylus is ideal for sketching and painting on capacitive touchscreens.

In Pictures: Best office apps for Android, round 3

Microsoft's Office apps are finally available for Android smartphones and tablets. Here’s how they stack up against past favorites

In Pictures: How will Windows 10 play on tablets

How does Windows 10, which Microsoft has been trying to make friendlier for desktops and notebooks, fare on tablets?

AIDA64: the easy app that tells you everything you need to know about your Android phone

If you’re curious to know exactly what’s going on with your Android device, FinalWire’s AIDA64 is a nifty app you’ll want to grab. It delves into the finer details of your system to let you know everything from the specific model of your phone, to exactly how much RAM it has and how fast each CPU core is running. Browse through the following slides to see exactly what this free app can show.

In this review, we looked at two types of business-class tablets, traditional tablets used by the sales force or other front-office workers, and ruggedised devices that can be used on the factory floor or other back-office environments.