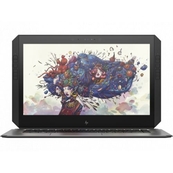 HP Zbook x2: Not quite a Surface-killer

Microsoft has done a lot more than replace the notebook Though the Surface Pro 2 changes little from its predecessor, every little change is for the better.

In Pictures: The tablet’s tortured past - 8 failures that led to the slates we use today

They were flat. Many had pens or touchscreens. And most of them died. Swipe back in time to see how tablets have evolved to the Surface, iPad, and Android slates we use today.