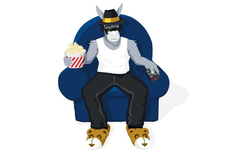 HMA continues to deliver with its speeds and server count, but that privacy policy could be better.

IvyBackup review: Promising, open format, but not quite ready for prime time

Windows is full of niggling little irritations. These tools fix them.

In Pictures: 15 new iOS 9 features that are rocking our world

Sometimes it's the small things that make the biggest difference.

In Pictures: 8 free apps that pump up Google Drive

Google Drive can do much more than you realize. Ready to unlock its productivity potential?