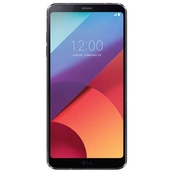 HTC’s new flagship Android smartphone looks amazing but what else?

Is this the best mid-range Android phone?

In Pictures: A hands-on first look at the new ROG Phone

ASUS have debuted their first gaming focused smartphone, The ROG Phone, ahead of this year's Computex. Here's a hands-on first look.

In Pictures: A decade of OPPO smartphone designs compared

Looking back over the last dozen or so major smartphones from Chinese brand Oppo, a visible evolution in product design can be seen taking us from the feature-phone era to the company's more-recent and modern Android-based efforts.

Many people here haven't heard of Oppo but the company is HUGE in China and it makes some seriously good phones.

BlackBerry does an about-face, back towards its enterprise roots.