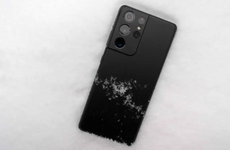 If you don't pay full price, this jack of all trades is a great value all-round android smartphone