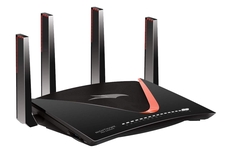 The pricey, business-grade router has some powerful features. But you pay for them.