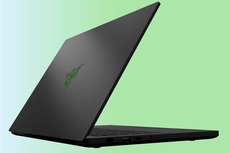 Nvidia Shield TV (2020) review: A sequel to the best streaming box you can buy

In Pictures: Nvidia come for the content-creator market with new Studio laptops

Nvidia is positioning its new RTX-powered Studio laptops as the prime choice for the next generation of content creators. Here's a look how they got announced.

Nvidia has kicked off this year's Computex by announcing their new Isaac AI platform and Jetson Xavier hardware.

The massive Computex trade show, which focuses on computer components and associated technologies, technically opens tomorrow. However, with much of the world's computer press in town, Nvidia hired a the key presentation areas of the central Grand Hyatt hotel and CEO, Jen-Shun Huang hosted a brekkie where he outlined Nvidia's (and the world's major technology sectors) direction. Here are his key points in slide form.