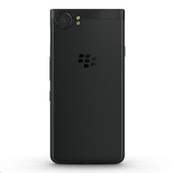 Blackberry Keyone Black Edition Review: What the original Keyone should have been

Extra memory stops the KEYone grinding to a halt

Can Android save BlackBerry's phone business?

BlackBerry does an about-face, back towards its enterprise roots.

Microsoft, Google, Intel, BlackBerry and others bid farewell to brands, projects and more.

In pictures: 15 must-have iOS apps you can't get on any other platform

Shortly after obtaining a new iPhone 5S, CIO.com's Al Sacco, an unabashed BlackBerry user and Android loyalist, set out to find the best iOS apps that aren't available for other mobile platforms. He came with up these 15 must-have iPhone, iPad and iPod touch downloads.

In Pictures: The interesting rise and quick fall of Blackberry

From industry darling to potential footnote, what happened to Blackberry?