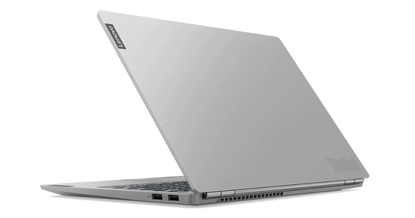 The ThinkBook 13s is an adept workplace PC that’s not super-powerful but it is nice to look at and easy to rely on.

The ThinkBook 13s is ultimately a notebook designed for small and medium-sized businesses. It doesn’t have the extra graphical grunt you’ll need if you plan on doing any serious video rendering or gaming.

However, if you can live without those limitations, it’s still a really nice laptop that’d be ideal for budget-savvy students or those who are willing to live without bells & whistles in exchange for an affordable, reliable and ultimately traditional portable PC experience.

In Australia, the price of the Lenovo ThinkBook 13s starts at AU$1359.

Something of a cross between a Macbook and a ThinkPad, the new Lenovo ThinkBook 13s isn’t the kind of laptop you’ll want to show off to your friends but it is one that’s remarkably consistent when it comes to the performance and overall experience it delivers.

Now, the ThinkBook 13s might be a notebook designed for small and medium-sized businesses but there’s a good chance that most student users could get away with it as well. Just be aware that it doesn’t have the extra grunt you’ll need if you plan on doing anything serious like video rendering or high-end gaming.

Most of the other drawbacks here (is the absence of any SD card slots and a chunky 65W power adapter) are small and easy to overlook in light of the ThinkBook’s impressive battery life. After using the ThinkBook 13s as my daily driver for a few weeks, I’m pretty much a convert.

In Australia, you can buy the Lenovo ThinkBook from the following:

It isn’t as pretty as a Macbook nor is as satisfying to use as a ThinkPad but it’s pretty fair to say that the new Lenovo ThinkBook 13s looks like a cross between the two.

You get a 13-inch FHD display with thin bezels, an 8th Intel Gen Intel CPU, a backlit keyboard, fast-charging, a fingerprint sensor that’s built into the power button and support for fast & secure biometric logins via Windows Hello. There’s also a physical privacy shutter that can offer additional peace of mind when the webcam isn’t in use.

Unfortunately, one of the key things you lose by opting for the more affordable ThinkBook over the ThinkPad is that deeper and more satisfying typing experience. You’re also missing out on the iconic ThinkPad nub controller. The keyboard on the ThinkBook has a little more give than most thin & light laptops but if you’re expecting a ThinkPad, you might be disappointed with what you get here.

With that being said, I really enjoyed using the faster, more rectangular Windows precision trackpad a lot more than I expected. And even if it’s designed to be a productivity machine, Lenovo has still bestowed the ThinkBook 13s with plenty of bells and whistles that make it good for content consumption.

The Lenovo ThinkBook 13s comes equipped with a set of two 2W Harman Speakers that support Dolby Audio. Meanwhile, the screen on the ThinkBook 13s supports Dolby Vision (but not the standard HDR10). For more on HDR standards, click here.

The ThinkBook 13s might be a notebook designed for small and medium-sized businesses but there’s a good chance that most student users could get away with it as well. Sure, it doesn’t have the extra graphical grunt you’ll need if you plan on doing any serious video rendering or gaming. However, after using the ThinkBook 13s as my daily driver for a few weeks, I’m pretty much a convert.

There are a few catches here. The first catch here is the weight. In fairness, the ThinkBook 13s is far from the heaviest portable PC I’ve used in recent years. However, for a 13-inch laptop, it sits in an uncomfortable niche. It’s not heavy enough that you can nudge the cover upwards Macbook-style but it’s not quite as light as other 13-inch laptops. If you stuff this thing into your backpack, you’re never going to forget it’s there.

The other key omission here that has to be mentioned is the absence of any Micro SD or SD card slots. For the most part, the ThinkBook 13s offers a pretty good suite of inputs and outputs but the above omissions meant that I had to carry a separate SD card reader around with me for the first time in about a decade. That’s annoying.

I’ve used thinner and lighter laptops that still managed to find the space for an SD card slot. As far as components go, it can’t be that expensive. A version of the ThinkBook 13s with an SD card slot is one that I’d be more interested in buying than one without. Support for fast charging via USB Type-C wouldn’t hurt either.

Obviously, the benchmarks above showcase the gulf between the performance offered by the ThinkBook 13s against pricier and more premium laptops like the Dell XPS 13 (review here) and the Razer Blade Stealth (review here).

This isn’t the fairest comparison but in terms of non-gaming laptops, these are the closest benchmarks we have to hand - and they don't really paint the ThinkBook 13s in the best light.

Ultimately, the ThinkBook 13s is a medium-spec machine and the results it delivers in benchmarks reflects that. There are limitations here that you don't have to worry about with laptops only a few hundred dollars more expensive. Whether or not you can make that work for you is another matter entirely.

My regular Samsung Notebook 9 might be much thinner and lighter than the ThinkBook 13s is but I found that the difference in battery life was one of the most noticeable differences between the two laptops.

After a few weeks of relying on the ThinkBook 13s as my main workstation - which included both this year’s IFA conference in Berlin and the launch of this year’s iPhone 11 - the battery life on was one thing that I came away consistently impressed by.

I’d consistently make it to the end of the day, even on the days when I was using it near constantly. By the time the tail-end of IFA rolled around, I was confident enough in the battery life that the ThinkBook 13s gave me that I didn’t even bother keeping the chunky charger in my backpack and just left it at the hotel.

And when subjected to the usual Battery Eater testing tool, which gauges the minimum battery life of a given notebook PC, the Lenovo ThinkBook 13s lasted for 1 hour and 47 minutes.

The Lenovo ThinkBook 13s isn’t the kind of laptop you’ll want to show off to your friends but it is one that’s remarkably consistent at letting you get the job done. It features both plenty of modern conveniences and decent specs.

The design doesn’t get everything right and there’s definitely room for improvement but after my time with the ThinkBook 13s, I’m taking the sub-brand a lot more seriously than I did before. If Lenovo stuck an SD card slot on this thing, I could almost see myself using one.

There’s far more to the ThinkBook 13s than just the subtraction that Lenovo have done to draw a line between it and from the pricier ThinkPad lineup. Even if there are limitations and shortcoming, this isn’t a story about compromise.

The ThinkBook 13s is an adept workplace PC that’s nice to look at and easy to rely on.