From e-books to Web content, this Kobo will make you want to read more stuff 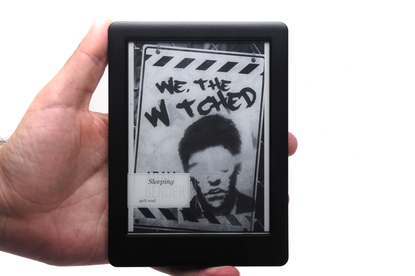 There’s a lot to be said for a device that makes you want to keep reading anywhere and anytime, and Kobo’s Glo HD e-book reader is such a device. It contains a 6-inch screen that makes use of Carta E Ink screen technology, and it’s as easy on the eyes as any e-book reader we’ve seen to date.

A square-edged design with a somewhat tacky glossy border belies the technology on the inside of the Glo HD, and at first glance you might be well within your rights to think it’s an inferior device when compared to products such as Amazon’s flagship Kindle Voyage. The thing is, the Glo HD has the same-style, crisp display as the Voyage, and it also includes a front light so that you can read comfortably at night or in dark environments.

We’ll give the Voyage e-reader credit for being a slicker product in terms of design -- the edge-to-edge glass and fancy controls are just a couple of the things that device has over the Glo HD, but it’s also a lot more expensive, to the tune of about AU$120. With the Glo HD, the fanciest it gets in terms of looks and design is the lovely texture on the back that makes it so comfortable to hold in the palm of your hand. The front is just boring-looking without any navigational controls, and the glossy border around the screen can be a distraction when light hits it -- especially on public transport, for example.

Page turns are accomplished by simply swiping left and right on the screen, or by tapping on the left and right sides of the page, and the menu can be brought up by tapping anywhere towards the middle the page. The main menu appears at the top, while font sizes and other changes to the text can be found at the bottom. That’s as simple as it gets, and that’s all an e-book reader needs to be in our opinion -- though we did enjoy the more advanced controls of the Amazon Voyage.

You get a single power button at the top of the device, which can be used to put the device to sleep in an instant, or you can power it off with a long press. We love the way the reader shows cover art for the book that’s currently being read, without us having to set that up ourselves.

Read more Kobo brings the eReader back to beaches, pools and baths

When it comes to the content that you can use on the Kobo, we think you’ll find it to be a more flexible device than Amazon’s. You’re not forced to use Kobo’s store. You can also relatively easily load your own epub-format books onto it (just drag and drop from your computer onto the Kobo when it shows up as a drive on your computer), as well as books purchased from other places such as Google’s Play Books store where prices might be cheaper.

There is a caveat, though, in which you must convert books that have DRM, such as those bought from Google's aforementioned store. The process for converting books from Google Books to the Kobo will be documented here because it’s something that did take us a little while to figure out.

If you’ve purchased books from Google, you need to download them in epub format to your computer. They will have the ACSM (Adobe Content Server Manager) format attached to them. You can’t simply plug your Kobo into your computer (through its micro-USB port) and transfer files over; they must be authorised to work on your Kobo device.

In order to authorise them, you have to download software called Adobe Digital Editions. This is a manager for books with Adobe’s DRM technology, which will allow you to store all your books and then transfer them to e-book readers such as the Kobo. To be successful with the transfer of your books to the Kobo through this software, you must first get yourself an Adobe ID. This is the most important step, for without it you won’t be able to authorise any of the books.

Once you have your Adobe ID, drag and drop your downloaded book onto a ‘bookshelf’ in the software, and use your Adobe ID and e-book vendor ‘Adobe’ to authorise the book for use on your computer. Then, when you plug in the Kobo, tap ‘connect’ on the screen so that it appears as a drive on your computer, and then look for it listed within the Adobe software. Now the easy bit is to just drag and drop authorised books from your ‘bookshelf’ to the Kobo.

For those not too keen on technology, this is a laborious process and one that could be avoided by simply buying books from Kobo’s store, or from places that free of DRM, such as Smashwords, but we’re highlighting it because of the choice the Kobo gives you to use epub files from various sources, as well as other formats, such as PDFs, for example.

Another feather in the cap for the Glo HD is support for Pocket, which means that you can save any long Web pages to this service, link it to your Kobo, and then read those Web pages while on-the-go on your reader instead of having to use the Web browser on your phone. It’s a fun task to trawl the Web looking for interesting content to load for future reading. The screen resolution is even good enough to display photos within saved articles, albeit in a small size.

All of your content is present on the home page of the Kobo’s screen, as well as links to the Bookstore and recommended books within it. You can also see reading stats, and also the last time your device was synchronised so that the Pocket service, in particular, is up to date. Within books, you can tap on words to highlight them and get a dictionary definition, and you can hold down and select text to highlight it so that you can come back to it later, though this is a little too fiddly for our liking.

We found page turns on the Glo HD to be sluggish, but that’s only because we’re used to reading on faster smartphone devices. For the most part, you get used to the slight delay in the way the page turns and it isn’t an issue once you expect it. The screen refreshes black about every six pages (when flipping through quickly) in order to remove any ghosting from the screen. You can see remnants of text from other pages in the white space at times, and this is consistent with other E Ink devices we’ve seen such as the Kindle Voyage. It’s not a problem.

Battery life is rated as lasting two months when the device is used for 30min per day with the front light enabled and Wi-Fi disabled, and it charges via micro-USB through your computer, or you can use your smartphone’s charger.

It’s a device that gives you more freedom of choice for content when compared to the Kindle, in particular, and we think this is a good thing. We grew to like it a lot during our test period and think it’s a top device to consider if you want the capability to load books from various sources other than Amazon. The ability to save long-form Web page content via Pocket is also nifty.

Basically, a great device that can make reading a more enjoyable experience, and a device which we think will also make you want to read more.