HTC U12+ review: A sharp-looking, pricey, revision of a familiar formula 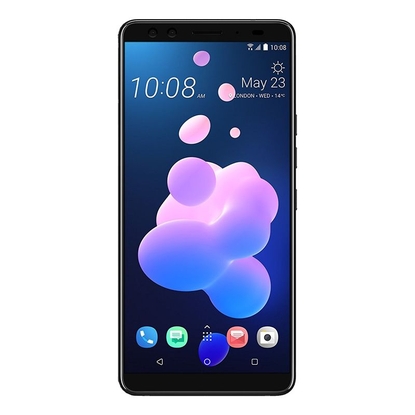 The HTC U12+ includes all the cursory upgrades you’d expect and plays its strengths without too much fuss but struggles to live up to its price-tag.

If you’ve been following the news, you’ll know that HTC is not exactly in the best position to take risks. Despite its dominance in the VR space and renewed cache from tech journalists after the launch of last year’s flagship HTC U11, the once-mighty Taiwanese tech giant continue to lose ground in the smartphone. The company sold off its engineering division to Google, slashed its global workforce by a quarter and reported its tenth consecutive quarterly financial loss.

Reversing this trend isn’t going to be easy - but playing it safe probably isn’t going to cut it either. Bold bets are probably exactly what I’d argue HTC need at this point. Speaking as someone who writes about consumer tech for a living, it’s much easier to recommend people buy a product if there’s something exciting or interesting about it.

Despite several concrete strengths, there's just not a whole lot to find exciting in the U12+. Just more of the same from a formula that's been yielding diminishing returns for a while now.

The decision by HTC to opt solely for the translucent blue version of the U12+ in Australia feels like a savvy move. All the other colors look nice, but they all make the HTC U12+ feel like something you’ve seen before. Translucent blue brings with it a more-defined sense of identity and a more-distinct flavor. Even if, by comparison, it’s not quite as eye-catching as some of the other aesthetic experiments being pursued by some of the other smartphone brands out there, it definitely feels like the right call by HTC.

I just wish the rest of the HTC U12+ followed in this example.

The U12+ rocks an overwhelmingly-similar liquid glass look to that found in both HTC's “U” devices from last year plus a lot of the more-recent efforts from rivals like Sony and Huawei. Across the board, it feels very similar to last year's HTC U11 when it comes to handling, build-quality  and feel-factor. Thankfully, this sense of deja vu comes accompanied by a few smart adjustments that see it lean into current industry trends.

Like the U11, the U12+ comes with a 6-inch QHD+ display (with HDR10 support) but unlike the former it's also rocking thinner bezels and the taller 18:9 aspect ratio. Other upgrades over its predecessor include IP68 waterproofing and support for face unlock.

HTC are also looking to double down on the Edge Sense functionality found in the U11 and U11 Life. Introduced last year, this feature lets you squeeze the sides of the U12+ to open apps, take screenshots and open the 'Edge Launcher' (a sort of analogue to Samsung's Edge Panel).

As with previous phone with the feature, Edge Sense is completely customizable and, this time around, comes with support for a handful of new gestures to boot. You can now double tap the sides of the device to go backwards when web browsing or shrink the screen to one-handed mode and the smartphone will now also automatically lock the screen orientation when it detects your hands on the edge-based sensors.

Unfortunately, as with the previous phone, Edge Sense just isn’t that much of a big deal and often felt like more trouble than it was worth. I found myself constantly accidentally activating while it was in my pocket or hand - and the decision by HTC to tag Edge Sense in as a replacement for physical volume and sleep buttons provided off-putting and inefficient. Yes, you can totally always disable Edge Sense. That is still an option. However, if you do go down that path, it feels like HTC are asking you to pay more for a feature you don’t want to use - which just doesn’t make a whole lot of sense.

The HTC U12+ features four cameras in total: two on the front, two on the back. The rear camera configuration consists of an 12-megapixel wide-angle camera (f/1.75 aperture) and a 16-megapixel telephoto lens. It supports up to 2x lossless zoom, Bokeh mode, HDR Boost 2, both optical and electronics image stabilization.

When it comes to video, the rear camera can shoot in up to 4K. It also supports slow-motion video in up to 240FPS at 1080p. There's also a new auto-zoom which does make it a little easier to create smooth zoom-pans using your smartphone. The LG V30+ had a similar feature and while it is just as niche an inclusion here, it is still an appreciated one.

The HTC U12+ also features a improved Sonic Zoom feature in the camera, which allows you to focus on specific, localized sounds within a larger scene depending on what the camera zooms in on, and the new “Audio Boost” feature, which amplifies voices in a scene regardless of where the lens is focused. Again, other smartphones out there are doing similar things in this space - but it’s nicer to have included here than not.

I’m not sure if the sum total of these new features is enough to justify the padded price-tag but it does make the U12+ an easy contender when it comes to being one of the better videography smartphone camera out there.

The company say they're pitching the device as the best 'dual lens' photography smartphone on the market, and the reality isn’t far off. Despite the absence of any AI-enhancement, super slow-motion video or 5x optical zoom - the camera on the HTC U12+ tended to deliver crisp, sharp and colorful results.

Read more ABI hits out at HTC over Edge Sense 2

Landscape and exterior shots tended to come across with the most fidelity.

Low-light performance wasn’t quite on the same level as the P20 Pro’s night mode but certainly felt like a stone’s throw from second place, where we’d currently place the Galaxy S9+.

A week or so relying on the HTC U12+ as my regular device left me a little ambivalent on the phone. On one hand, it does arrive gunning a Snapdragon 845 and a hefty 6GB of RAM - and rarely missed a beat when it came to loading apps, multitasking, gaming and all the rest. As the spec-sheet suggest, the HTC U12+ is a typical 2018 flagship smartphone - and the reality rarely falls short of those expectations.

However, this hardware felt held back by the software involved. I found myself constantly at odds with the HTC Sense skin that HTC have integrated with the U12+. Usually, I’m pretty open-minded when it comes to vendors embracing alternative approaches as to how that stock Android should feel and function. In fact, I’m one of the more vocal advocates for Oppo’s ColorOS for this very reason.

However, a tech reviewer can only take so many ads masquerading as useless notifications and non-essential apps that can’t be removed before you have to call it out for what it is: bloatware. When it comes to the latter, I’m not even accounting for stuff like HTC’s contacts app. I’m talking about stuff like Facebook and Instagram.

As someone trying to minimize their interactions with Facebook these days, I found it supremely frustrating that I couldn’t delete Facebook from this device. And don’t even get me started on the nightmarish vortex of suggested articles haunting Blinkfeed every time I accidentally swipe right on the home screen.

Still, when it came to benchmarks, the HTC 12+ lived up to its spec sheet. It delivered results that consistently outpaced both the Samsung Galaxy S9+ and Huawei P20 Pro but were broadly consistent with the rest of the Snapdragon 845 crowd.

In terms of every-day battery-life, we’d easily make it through the usual 9-5 work day and often well into the evening as well. We’d still have to charge our device back to full overnight - but if we accidentally forgot to do, we’d usually still have a little bit to go on until we found a power source.

We’re talking eleven or twelve hours of average use here, though - as always - your mileage may vary. Particularly, if you watch or film a lot of video content.

The HTC U12+ supports fast charging via Qualcomm’s QuickCharge standard but doesn’t quite see the brand make the jump to wireless charging - which is a shame, given the price.

In fact, if anything, the one fatal flaw lurking within the pitch for the U12+ is the price.

At $1199, it’s about a hundred dollars more expensive than the other Android brands but about a hundred dollars cheaper than Samsung’s S9 and S9+. And for that price, you kinda get less. If you want a more elegant software experience, LG have you covered, if you want better speakers and more immersive entertainment, there’s the Sony XZ2 to consider and if you want a better camera, the P20 Pro is right there.

The HTC U12+ includes all the cursory upgrades you’d expect and plays its strengths without too much fuss. However, - where it counts - it fails to make the case for why you should spend more on it and the longer I spend with it, the more the cracks show.