Nest Cam review: A great security cam, indoors or out

The new-for-2021 Nest Cam is a winner, but you’ll need a subscription to realize its full value. 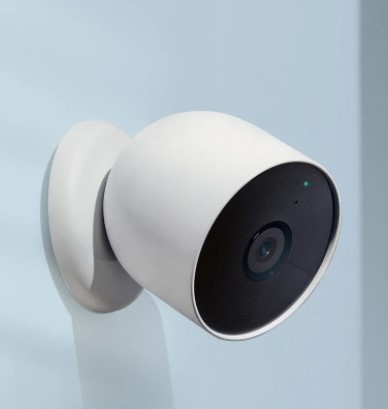 The new-for-2021 Nest Cam is flexible and powerful, though it's a pricey option once you include the cost of the accessories you might want (not to mention a subscription).

With this completely new and battery-powered iteration of the Nest Cam, Google’s smart home division continues to raise the bar when it comes to security cameras, setting a standard for usability (especially during setup) that most other device manufacturers can only dream of.

From a hardware perspective, the Nest Cam is a radical refresh of the old teardrop-shaped Nest Cam Indoor, designed with a tough, plastic, cup-shaped housing that adheres magnetically to its surface-mountable base (it looks very similar to the now-discontinued Nest Cam IQ). It’s reasonably weather resistant, carrying an IP54 rating (meaning its enclosure will keep out enough dust to prevent failure and that it’s protected from water sprayed from a pressure washer at a reasonable distance), so it can be used indoors or outdoors.

The new Nest Cam can run on battery power, and Google says it should deliver between 1.5 and seven months of run time before it needs to be recharged, depending on usage. Alternatively, it can be used with its proprietary magnetic AC charging cable attached 24/7.

Everything about the hardware feels designed to make things easy for the homeowner. The magnetic mounting system makes placement, aiming, and removal a breeze, and the magnetic charging cable is equally easy to use. The cable (which, at a mere 3.3 feet in length, is much too short) does come at the expense of compatibility of course; with a USB connection it would be easier and cheaper to run a long, generic cable to the device instead of having to resort to an extension cord or buying a longer proprietary one.

One drawback with the magnetic mounting system is that it won’t work for tabletop/bookshelf installations; it really must be mounted to a wall or ceiling to be properly aimed. A US$30 ($59 AUD) stand-and-charger accessory is available for those who want a less permanent mounting solution—again bumping up the total cost.

A wizard system in the Google Home app steps you through software setup with amazing ease, which primarily revolves around scanning a QR code that covers the lens while it’s in the box, followed by answering a few questions to connect the camera to your Wi-Fi (with support for both 2.4GHz and 5GHz networks) and configuring some basic options to get recording going. I spent only a few minutes on this part of the process and never encountered any stutters or hiccups of more than a few seconds while waiting for a feed.

Video quality, at 1080p resolution, is on par with many competing security cameras, and the 130-degree field of view provides a nicely wide view of your surroundings. Two-way audio is also included. On the whole, I found the picture to be plenty clear, at least during the day. The camera’s night vision (infrared/black and white only) isn’t the best; the specs claim 20 feet of visibility, but I was unable to achieve that in my testing.

Out of the box, the Nest Cam offers live viewing and three hours of event-based/motion-sensed video history (all stored on the cloud, though the device has one hour of on-device storage in case your network dies). This can be upgraded to 60 days of event history with a Nest Aware subscription (US$6/month or $60/year) ($9/month or $90 AUD/year), or enhanced further by upgrading to Nest Aware Plus (US$12/month or $120/year) ($18/month or $180 AUD). That option adds 10 days of 24/7 video recording. Purchasing a Nest Aware Plus subscription is the only way to enable 24/7 recording, and the camera must be connected to an AC power source for that feature to operate.

Viewing clips is done in one of two ways. The History tab gives you a perpetual timeline into the past (as long as your subscription allows, anyway), highlighting moments where events are recorded. It’s a convenient way to scroll through history, but it isn’t the quickest, as invariably you are faced with hours and hours of time where nothing is recorded, and there’s no way to scroll through this dead space quickly.

Contrast this with Ring’s timeline, which dynamically compresses when nothing’s going on, though Ring doesn’t provide any cloud storage without a subscription.

The easier way to get to your Nest Cam clips is through the “Full history” function, which provides an animated GIF thumbnail of each recording and tags it with the time it was made and the type of event.

Those events are categorized via Nest’s on-device machine learning system as either person, vehicle, animal, or unfamiliar face. (Face detection is available only with one of the subscription plans.) While this feature is designed to improve over time, due to the inherent nature of machine learning, in my few days of testing, virtually every event was captured as “person,” even the sightings of my cat. A work in progress, perhaps.

The Nest Cam has a premium (but not egregious) price, and its subscription fees and accessory costs are on the high side. Fortunately, its seamless setup and operation plus its extensive feature set make it largely worth the money, and most users will have no regrets if they opt for the device.