This power station has it all. 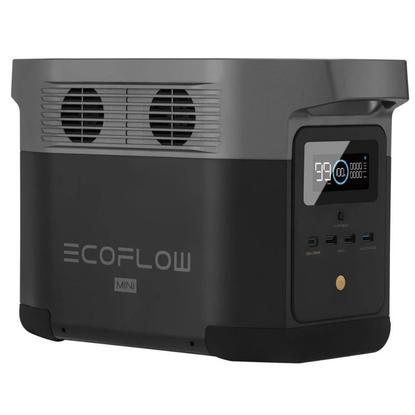 Maybe it's because I've researched a lot of power stations, but I can't seem to go anywhere on the internet without seeing an ad for the EcoFlow lineup. The sleekly designed power stations look great, so when the EcoFlow team reached out to see if I wanted to test one, I jumped at the chance. A week or so later, the US$999 EcoFlow Delta Mini Portable power station (as well as the US$400 EcoFlow 160W Solar Panel) arrived.

Note: This review is part of our roundup of portable power banks. Go there for details on competing products and our testing methods.

I really like the overall design. It looks and feels like a premium product. There are ports on either end of the station, with one end also featuring an LCD screen. The screen is big and easy to read, detailing how much power is being used or input into the station, the hours remaining, and which power options are turned on.

Just below the display is an IoT button to enable the station's Wi-Fi feature that allows you to connect it to your local Wi-Fi network. Then, using the EcoFlow app, you can remotely view all of its stats, update its firmware, and adjust settings without having physical access to the Delta Mini.

On the opposite side you'll find even more ports and connection options. There's a small cover near the handle that flips up to reveal the input ports. From left to right is a port dedicated to charging via a solar panel or a car charger, an AC charging port, and the overload protection switch. Between the two charging ports there's a switch that controls the AC charging speed, either fast or slow, going from a max of 800W to 200W (more on this in a minute). 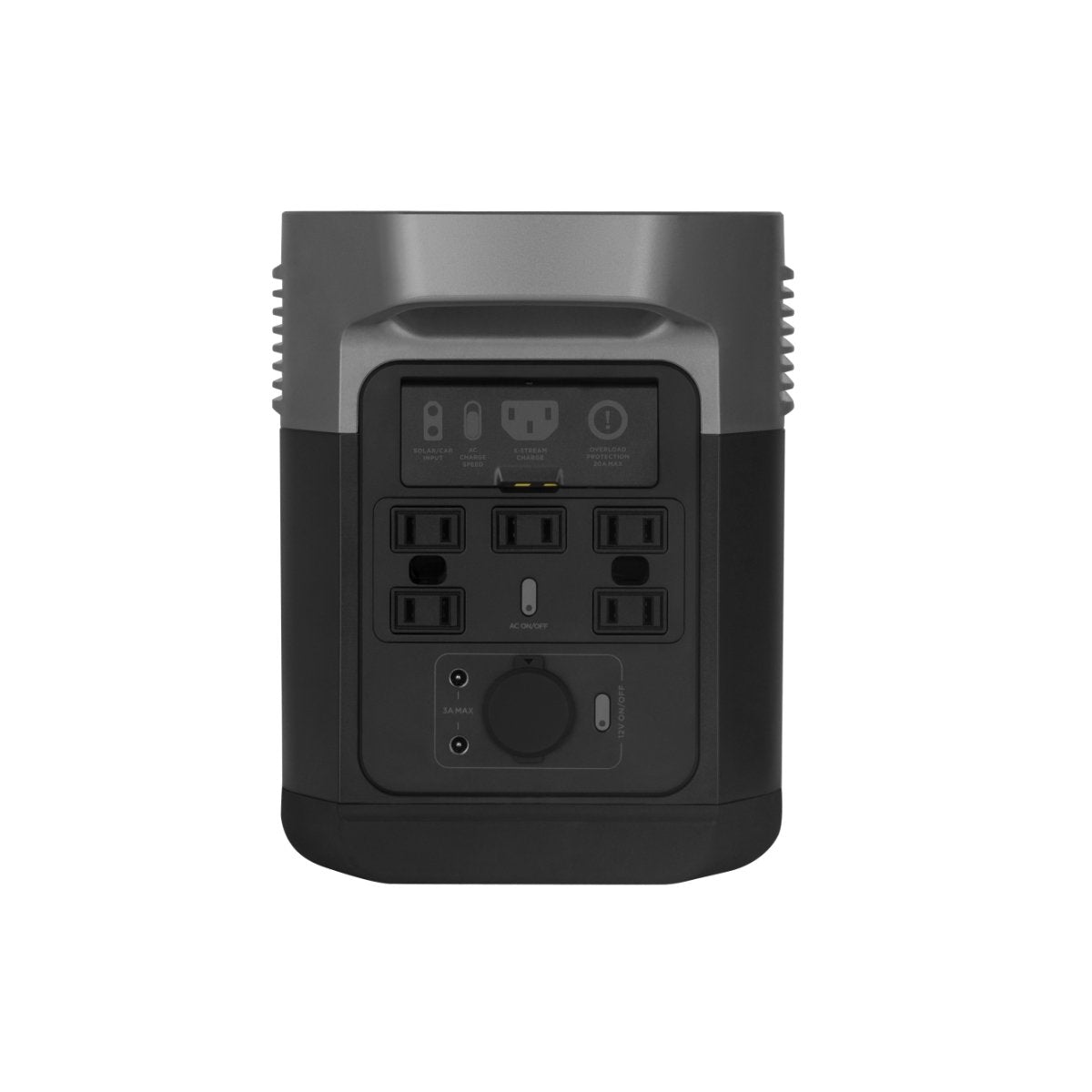 Below the input ports are five AC sockets, with a dedicated power button for the outputs in the center. And, finally, below those is a car outlet port and a DC5521 barrel port, along with the 12V power button.

The Delta Mini supports Pure Sine Wave output, meaning you should be able to use it with devices that have AC motors, such as a microwave or mini fridge, without issue. It can output a total of 1400W, with a surge capacity of 2100W. If you enable X-Boost in the app, or whenever an AC port detects that the power draw exceeds 1400W, X-Boost will automatically be enabled. However, EcoFlow recommends using just a single AC power outlet when you're using X-Boost mode.

With that high of an output, the Delta Mini is able to power items like a hand saw or an electric skillet without any issues.

To measure the station's efficiency, I connected my PortaPow power monitor along with a load tester to a USB port. The load tester constantly drains power, while the monitor records how much power is used. The end result was 669.446Wh of power used out of the 882Wh capacity. That translates to an efficiency of 75.90 percent. The average rating of all power stations I've tested is 83.51 percent placing the EcoFlow Mini above only the Ego Power+ Nexus.

Another test I use to measure output is to connect a 4W desk lamp and record a time-lapse video of how long the lamp stays powered on. When it was all said and done, the desk lamp stayed lit up for 46 hours and 14 minutes. That's the second-best showing out of all the power stations I've tested, putting it behind just the GoalZero Yeti 1000x, which achieved a staggering 111 hours and 29 minutes.

As for charging time, the Delta Mini can be fully recharged in as little as 90 minutes using the included power adapter and enabling X-Boost. Doing so will charge the station at around 800W. If you're not in a rush, you can charge the station at anywhere from 200W (takes about five hours for a full charge), all the way up to 900W. Keep in mind, though, that constantly fast charging the battery can have a negative impact on its overall life. I'd recommend using it sparingly.

Admittedly, the EcoFlow Delta Mini and the 160W Solar Panel may be expensive, but they're also some of the nicest power station equipment I've tested. They both feel like premium products, with the solar panel including a cloth carrying case that doubles as a stand. Seriously, this is nice gear.

That said, another option in EcoFlow's lineup is the US$899 EcoFlow Delta Portable power station, which has a higher capacity and output and more ports for only US$50 more than the Mini. I haven't tested the standard Delta, but assuming it's built to the same standards, I'd spend my money on it instead of the Mini.