Get your mobile game on — but only in a few countries so far. 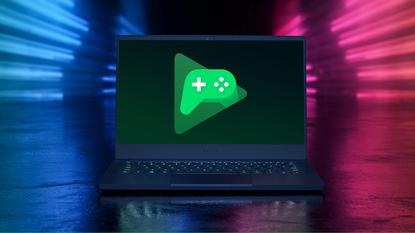 Late last year, during the annual commercial-fest that is the Game Awards, we heard that Google was planning to bring its Play Games platform from Android to Windows PCs. It's arrived, at least for a few lucky players: The limited beta is only available in Hong Kong, Taiwan, and South Korea as of today. And it's a closed beta, so even if you're in the rollout zone you'll have to apply to get in.

According to Google's initial promotion, the system allows players to seamlessly play some of the most popular Google Play Games across mobile, tablet, Chromebook, and Windows PC devices. (Remember that devices running Google's Chrome OS have had access to Android apps on the Play Store for years.) Mouse and keyboard controls are supported on the select titles, which include Mobile Legends, Summoners War, State of Survival, and Three Kingdoms Tactics. Progress and achievements will sync across devices, at least if the game developers are fully taking advantage of the existing Google Play Games system.

Google isn't saying when it will expand the system to more territories, but it is encouraging mobile developers to investigate their options. Google Play Games is technically the second Google gaming platform to make it to Windows PCs, as the all-streaming, all-the-time Stadia system runs through Chrome or any other desktop browser. Its launch and continued expansion (or lack thereof) has been met with skepticism among the gaming and tech press.

Microsoft is also running a preview test of Android apps for Windows 11 (and only Windows 11) PCs, though its endeavor expands beyond games and is powered by Amazon's Android App Store, rather than the official Google Play repository. The battle for Android apps on PCs is heating up.