The feature was originally expected to arrive before the end of 2021. 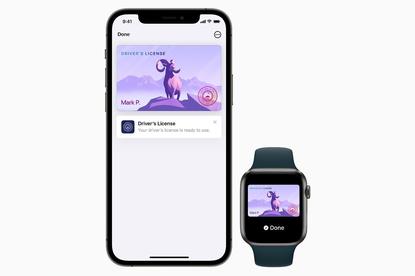 When Apple launched iOS 15, quite a few features were delayed to later versions. While some have already arrived and others are on the way, there is one that won't be arriving in 2021: ID cards.

As spotted by MacRumors, Apple has updated its iOS 15 Overview site to say that the feature allowing you to add driver's licenses and other state ID cards to the Wallet app won't be arriving until early 2022. The feature allows you to use your iPhone as a form of identification at TSA security checkpoints at participating airports. The system will use Face ID and Touch ID for authentication.

In September, Apple announced that Arizona and Georgia will be the first to implement ID Wallet support, while Connecticut, Iowa, Kentucky, Maryland, Oklahoma, and Utah will be arriving shortly after.

Once the feature goes live, adding the ID to Apple Wallet will be similar to adding a credit card. In Apple Wallet, you'll tap the + icon in the upper right of the screen, select ID, and scan your driver's license or state ID card along with a selfie. The images will be securely sent to the state for verification. The iPhone will also need to record facial and head movements (similar to how you activate Face ID) as another security step. When the state verifies you, your ID will appear in Apple Wallet.

Apple hasn't given a specific timeframe for the feature's release, but it will presumably arrive as part of iOS 15.3 next year. iOS 15.2 is currently in development and looks to release within the next few weeks.