Best wireless charger: Ditch the headache of cables with our top pick

No more fussing with Lightning, USB-C, and Micro-USB connector types! As convenience goes, wireless charging can't be beat. You simply drop your phone onto the charger and walk away. Gone is the headache of managing cables that inevitably break or get lost.

Wireless charging has not only improved as a technology, but it's also been adopted by most major phone makers, including Samsung, LG, Sony, Motorola, Google, Huawei, as well as Apple. If your phone supports it, it's time you pair it with a wireless charging stand or pad, so you can experience the benefit.

We've tested some of the most popular wireless chargers out there for both Android and iPhone, and picked our favorites from the bunch. Read on for our findings, and check back periodically for our latest updates.

Updated 11/24/21 to include our review of the Otterbox Folding Wireless Power Bank, a 10,000mAh power bank with two USB ports (one of which is USB-C), as well as a Qi wireless charging pad in a convenient folding design, making it a great companion for on-the-go power needs. Scroll to the bottom of this article to find links for all of our wireless charger reviews. 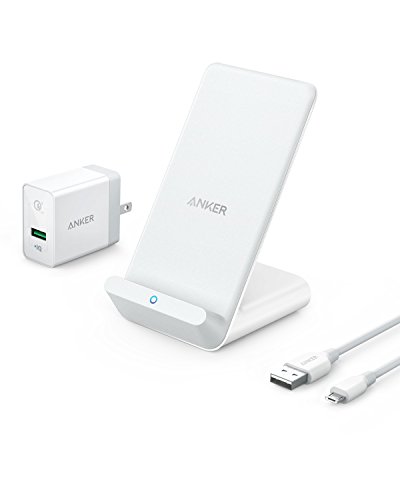 Read our review
Best Prices Today: US$19.19 / AU$39.99 at Amazon
Anker's PowerWave 7.5 Stand is our current top pick. It charges faster on Android than any other pad we tested, looks nice, and has a stand that makes checking notifications very easy. A cooling fan in the base can be loud in a quiet environment, but it's not a deal breaker—just something to keep in mind.

The best wireless charger for iPhones

From its attractive fabric finish—made from hemp and recycled water bottles, no less—to its flexible form factor that lets you charge your phone upright or prone, to its reasonable price, we already liked the Nimble Stand. Then we saw its performance! It was the fastest at charging an iPhone of any of the wireless chargers we've reviewed, and laudable at charging Android as well. (Read our full review.) 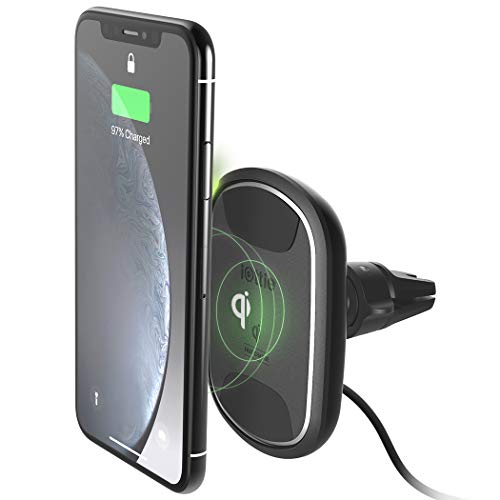 The iOttie iTap 2 Wireless is a clever combination of phone mount and wireless charger.

In addition to the vent-style mount that we reviewed, it's also available as a mount that uses the CD slot in your car's stereo or as a dash mount. All three are priced at $55 and are capable of wirelessly charging your Qi-enabled smartphone.

The included magnet in the iTap 2 Wireless was strong enough to hold an iPhone XS Max in place without fear of it falling while driving.

In our tests, its wireless charging performance ranked average to above average, for iPhone XS Max and Samsung Galaxy S9, respectively, compared to other wireless chargers we've tested.

What to look for in a wireless charger

Until recently, there were two different wireless charging standards that you had to be aware of when purchasing a wireless charging pad: the Power Matters Alliance (PMA) standard, and the Wireless Power Consortium's Qi standard.

Powermat has since agreed to join the WPC and embrace the Qi standard. (We've noted in our individual wireless charger reviews if it supports the PMA standard, in case you have an older Android device that only supports PMA.) Now you only have one factor to consider when choosing a wireless charging pad: Does it support fast charging?

The packaging for most wireless chargers will indicate its speed. Look for the wattage speed on the box or in the specification listing for a charger, then compare that with the speed at which your phone can charge.

Do keep in mind that as fast as wireless chargers have become, the included charger for most phones will be your best bet when you're in a hurry and need as fast a charge as possible.

In order to properly test and measure how long a wireless charger takes to charge a smartphone from 0 to 100 percent, we followed the steps below each time we placed a phone on the charging pad. For the initial round of tests, we used an unlocked Samsung Galaxy S9.

Testing a wireless charging pad with an iPhone requires a different procedure than with an Android handset. The iPhone doesn't have an always-on display feature that constantly shows the current battery percentage. Because of this we opted to charge our iPhone X for a period of 60 minutes and measure the achieved charged level following the steps below:

For an approximate ballpark of how long it'll take to reach full charge with an iPhone, you can divide 60 (the number of minutes used for this test) by the percentage result listed in each review. So if the result is an average charge of 36 percent in 60 minutes, the soonest that a full charge will take is roughly 167 minutes, or 2 hours and 47 minutes.

Keep in mind that this is an imprecise estimate: We say approximate because it's possible for charging to slow down during a full charge.