iPod at 20: A complete timeline of Apple’s iconic music player

Steve Jobs launched the iPod on this day in 2001. On October 23, 2001, Steve Jobs announced that Apple was venturing into the field of music and unveiled the very first iPod in a small room. Although the reaction from the crowd was positive, there was a whole lot less fanfare than today's release events have.

Why music? Jobs asked in his introduction. Well, we love music, and it's always good to do something you love. More importantly, music is a part of everyone's life. Everyone! Music's been around forever; it will always be around. This is not a speculative market.

20 years on, Apple's pocket digital music and media player has evolved through multiple generations, designs, functions, and styles, such as the Mini, Nano, Shuffle, and Touch models, and inspired some of Apple's greatest products, including the iPhone and iPad.

Apple die-hards likely remember and may even still own several of the many iPod iterations. In honor of the 20th anniversary of the initial product launch, let's take a look at the timeline of the iPod's colorful life.

October: An iBook is really portable, Jobs boasted at the iPod unveiling, but this is ultra-portable! At 6.5 ounces, 2.4 inches wide, four inches tall, and made with barely over ¾-inch thick stainless steel, the first iPod ($399) was designed to be the size of a deck of cards and hold $1,000 songs. Users navigated songs with a mechanical scroll wheel on a monochrome LCD display and had a 5GB hard drive that filled up using a FireWire port.

March: Apple released a 10GB version of the iPod for $499, twice as much storage for $100 more than the original 5GB version.

July: The second-generation iPod gained a solid-state Touch Wheel and contained double the space. The product was released in both 10GB ($399) and 20GB ($499) models.

April: The iPod got a big third-generation makeover in 2003, with the addition of four buttons that glowed red and a new connector, the 30-pin dock connector. Sensing the needs of obsessed music lovers, the company introduced a new 30GB model ($499), along with 10GB ($299) and 15GB ($399) choices. 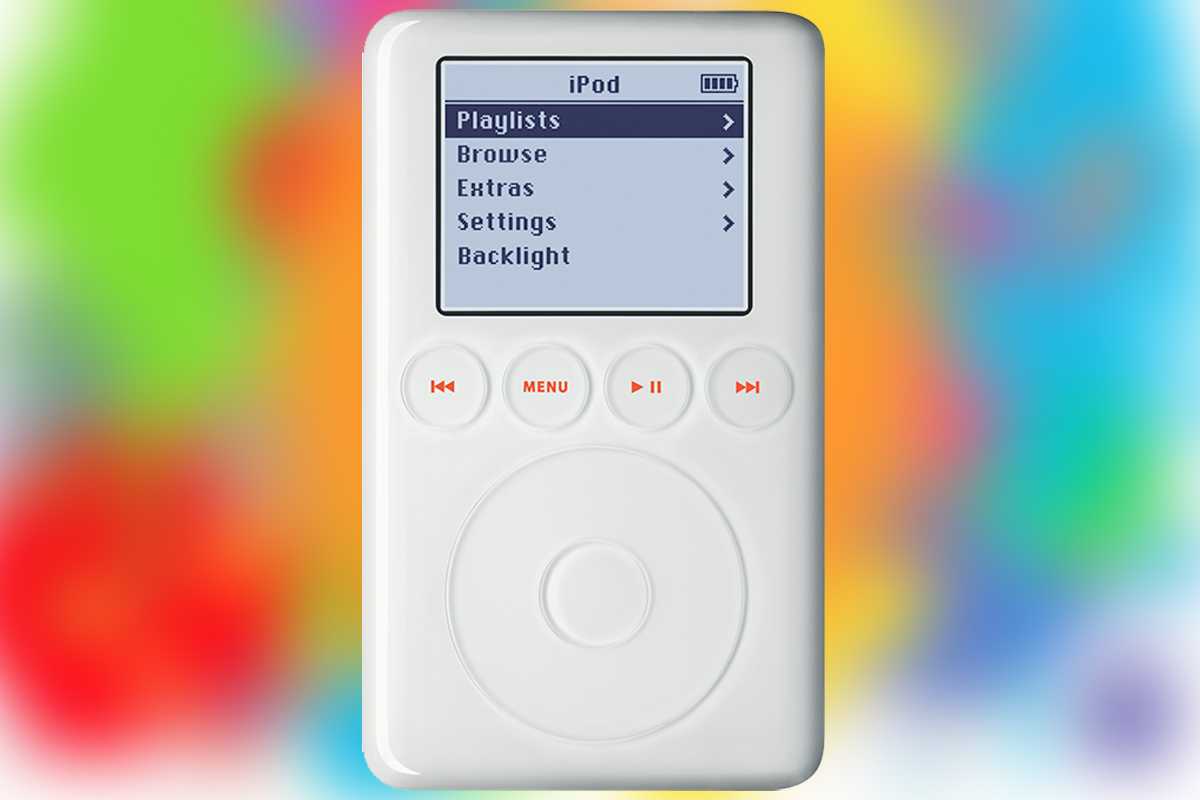 September: The latest third-generation iPod models jumped to 20GB and 40GB, replacing the 15GB and 30GB models, respectively. Windows users got their first taste of the iPod via MusicMatch Jukebox, opening up the iPod to a whole new audience.

January: A new version of the iPod called the iPod Mini ($249) debuted at Macworld San Francisco in gold, pink, blue and green models at the beginning of 2004. Made of anodized aluminum and containing a Click Wheel that replaced the four auxiliary buttons, this petite 4GB model is closer in size to a business card than a card deck and is only ½ inch thick.

Also in January, a 15GB third-generation iPod was offered for $299, the same price as the previous 10GB model. 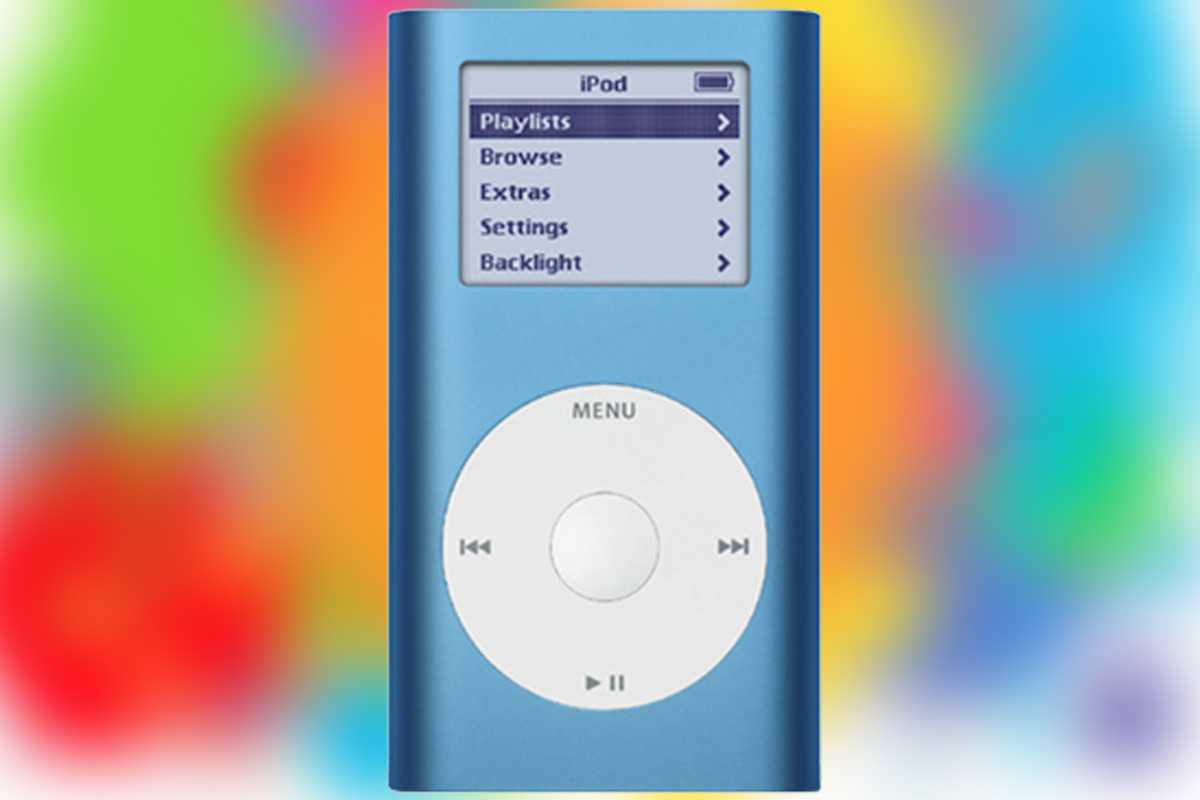 October: Bono and The Edge from Irish rock act U2 announced a 20GB branded U2 Special Edition iPod ($349), a black model with a red wheel, monochrome screen and the band's signatures laser-etched on the back. The Special Edition included a $50 discount on The Complete U2 digital box set.

January: The first-generation iPod Shuffle hit the dancefloor at the beginning of 2005. The randomized music player, a tiny silver wonder which weighs under one ounce and looks like a pack of gum, was made available in 512MB ($99) and 1GB ($149) models. 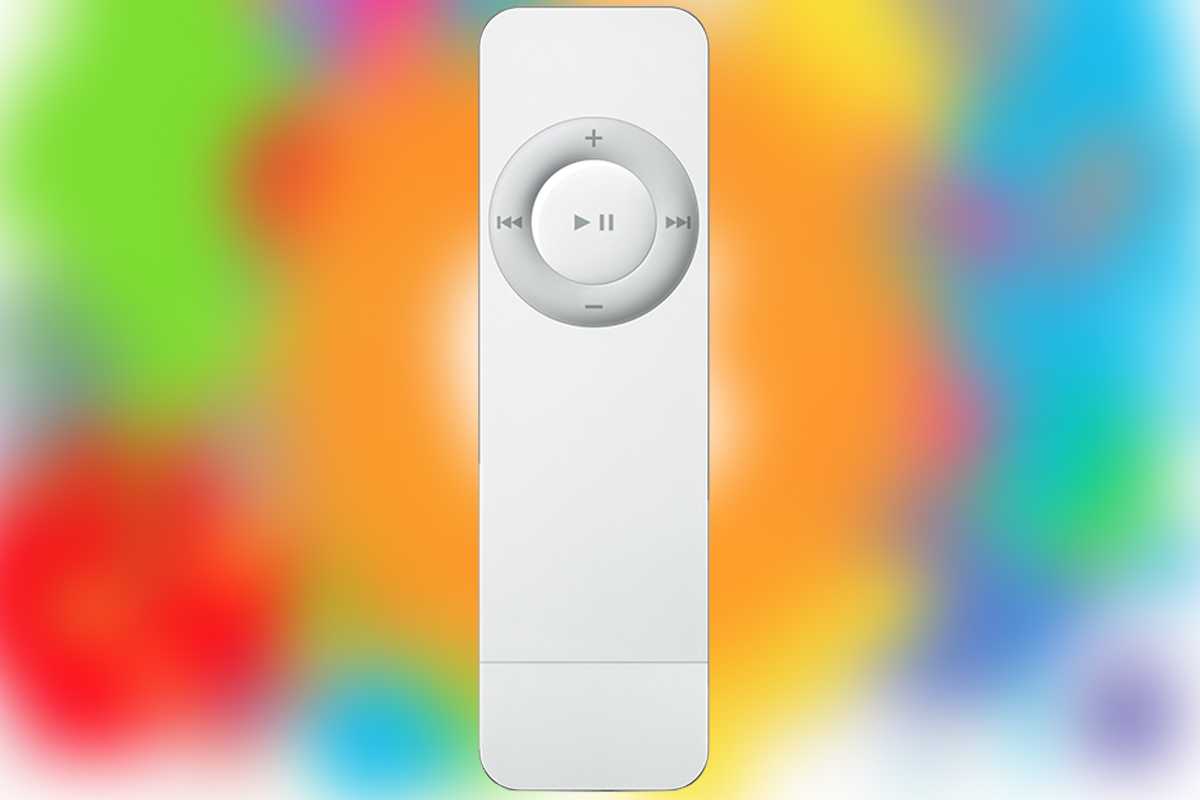 June: The iPod U2 Special Edition got a color-screen upgrade and a $20 price break in the summer of 2005, bringing the cost down to $329. Apple also launched the revolutionary iTunes Music Store for easily purchasing and transferring songs to the iPod.

October: iPod graduated to its fifth-generation release (30GB for $299 and 60GB for $399), now with video playback and a larger screen.

June: U2 fans get a new iPod U2 Special Edition fifth-generation iPod, the third in the U2 series, for the same price of $329. 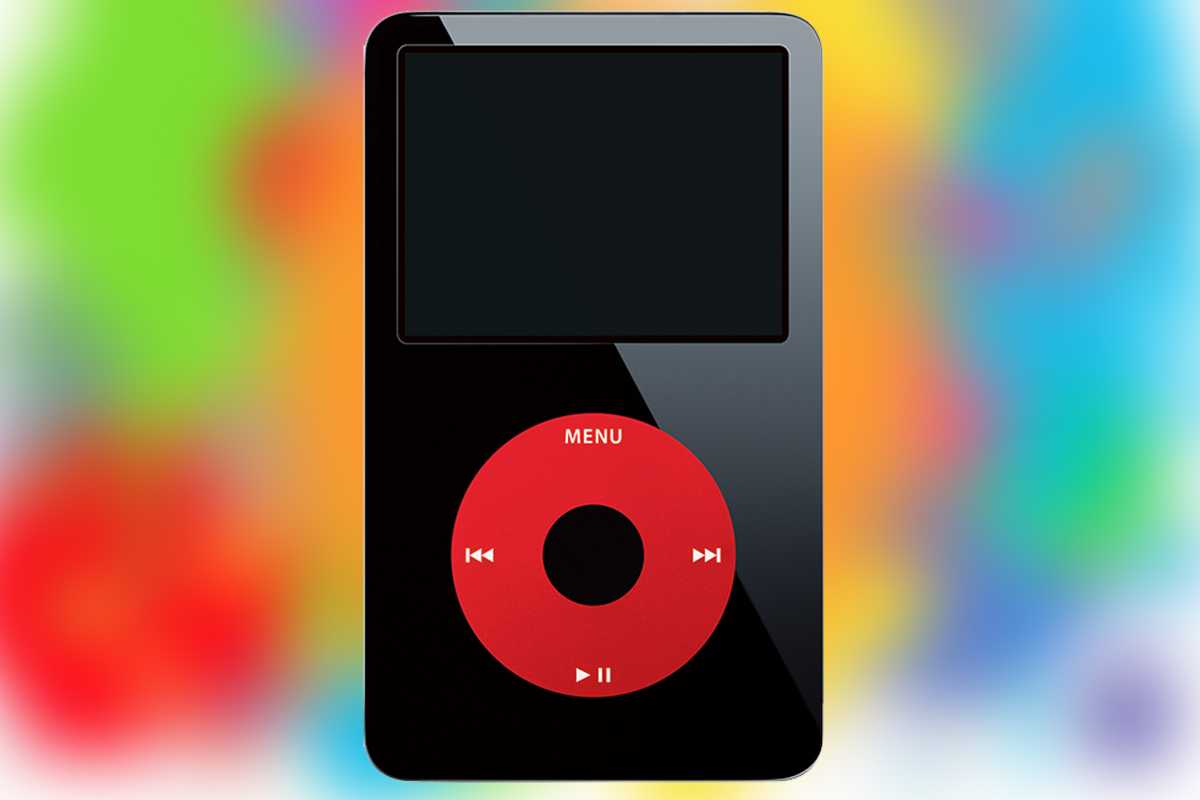 The U2 Special Edition iPod.

January: The iPod Shuffle's second-generation arrives in pink, blue, green, and orange (1GB for $49 and a new 2GB model for $69) with a smaller case and a built-in belt clip. The original silver color is still available in this release cycle, too. 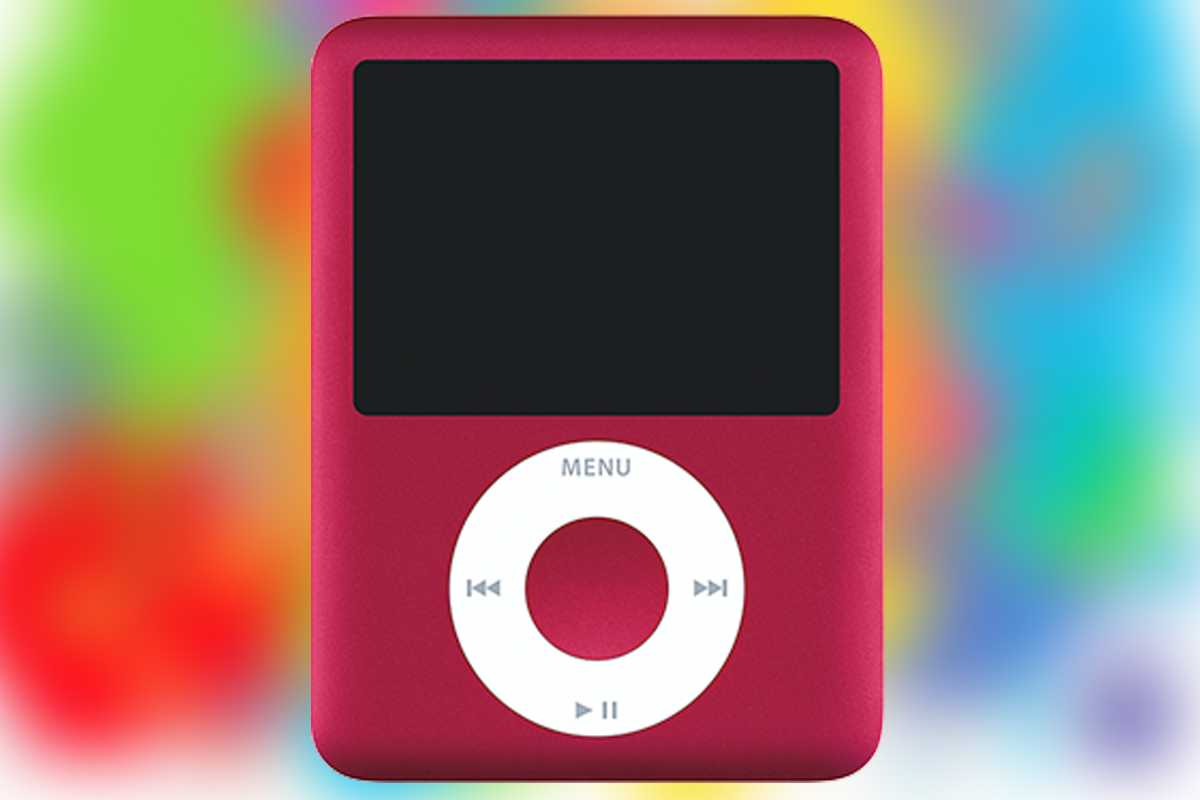 September: The original iPod, now in its sixth generation, is dubbed the iPod Classic (80GB for $249 and 160GB for $349). The third-generation iPod Nano jumps in with a larger display and equivalent resolution to the larger video iPod. And the first-generation iPod Touch arrives (8GB for $299 and 16GB for $399) taking a page from the iPhone with a 3.5-inch multi-touch display, web browsing, and messaging.

September: The iPod Classic adds a thinner 120GB version ($249) to replace the previous 80GB and 160GB models. Also in this fall wave: the fourth-generation iPod Nano and second-generation iPod Touch. 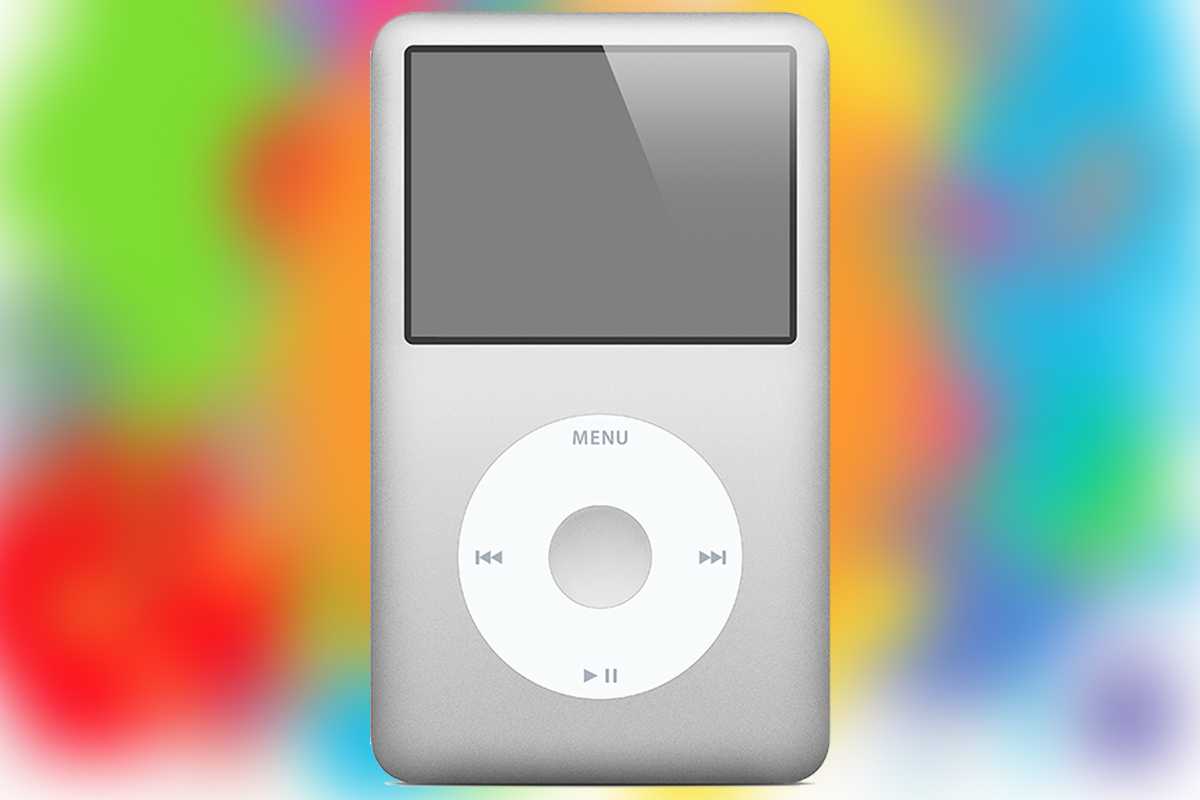 March: The iPod Shuffle ventures into third-generation territory, with a new mostly buttonless design that relied on VoiceOver technology to play music. It's available in 2GB ($59) and two 4GB ($79-99) options. The pricier 4GB model is made of all stainless steel.

September: iPod Nano cycles into its sixth generation (8GB for $149 and 16GB for $179) with a design that's reminiscent of the Apple Watch, while iPod Shuffle‘s fourth-generation introduces yet another new design. Also, the fourth-gen iPod touch gets FaceTime capability. 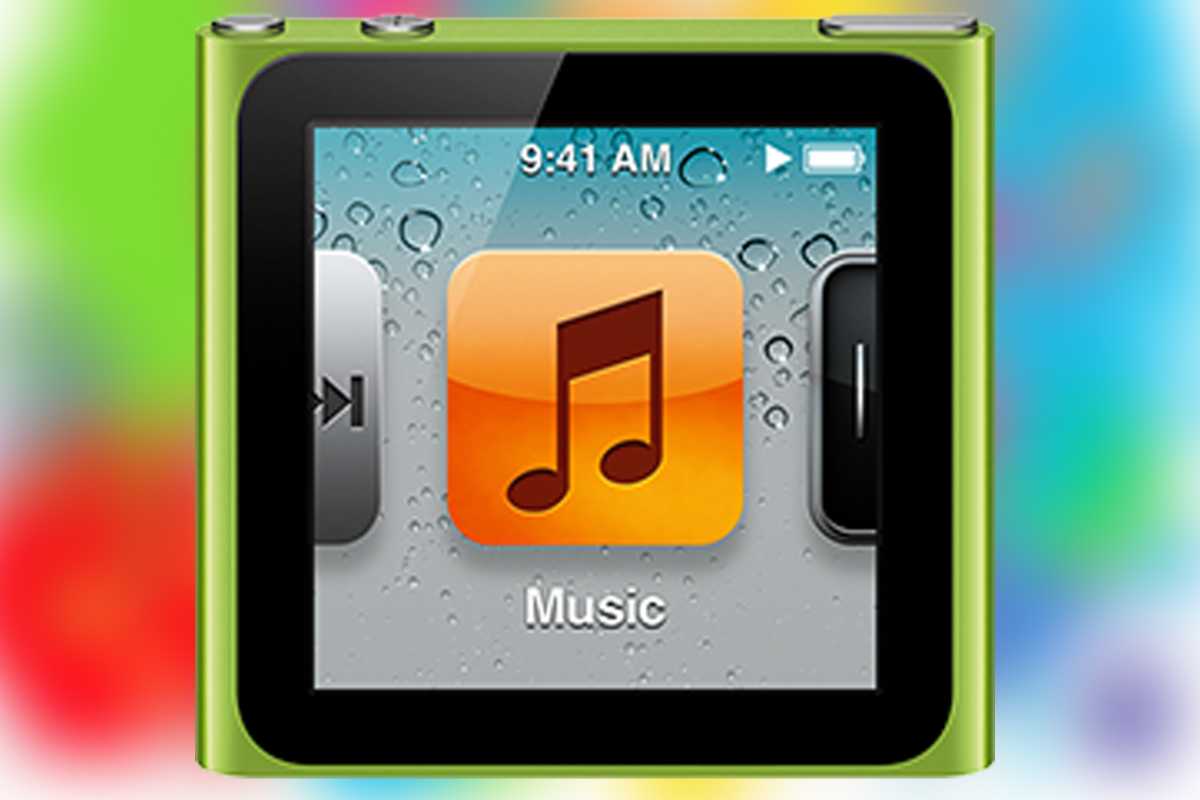 October: The fourth-generation iPod touch was introduced in white and the same 8GB, 32GB, and 64GB models as from the previous year.

October: The new fifth-generation iPod touch was the most colorful upgrade to date, with six hues that wrap around the sides and cover the back, while the iPod Nano reached its seventh generation with a more iOS-like interface. Both got larger screens. 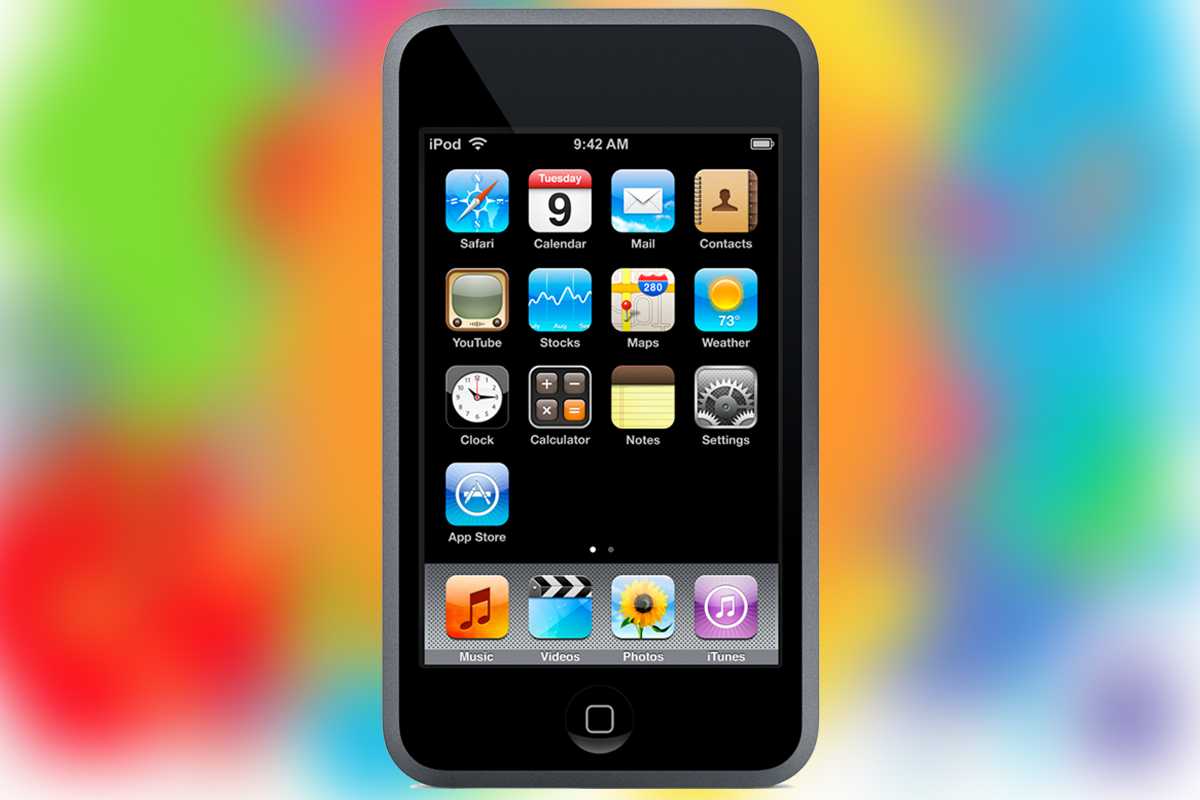 May: Priced at $229, a silver budget version of the iPod Touch with 16GB of storage and no rear-facing iSight camera emerged in the spring of 2013. 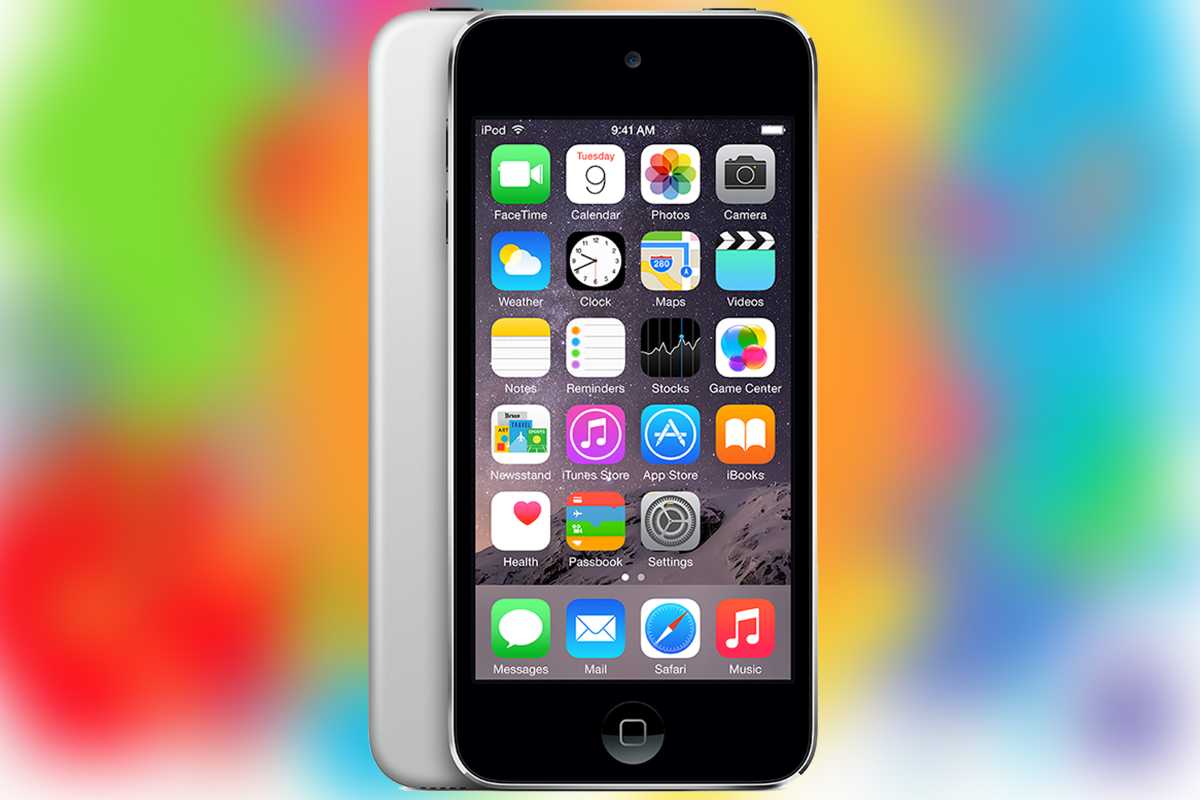 The company also brought out new versions of the fourth-generation iPod Shuffle in six colors instead of the previous eight colors. Meanwhile, the latest seventh-generation iPod Nano dropped from seven to six colors. Both, however, are still available in (Product) Red in this release cycle.

May: The seventh-generation iPod touch is Apple's most recent iPod release to date. The surprise refresh was the first in four years and came with an A10 processor, a 3.5 mm headphone jack and a new 256GB storage option ($399), in addition to 32GB ($199) and 128GB ($299) models. It's available in blue, pink, silver, gold, space grey and (Prod