Consider it the LEGO approach to building your first desktop PC. All parts are included—even a screwdriver. If you've been meaning to try your hand at PC building, but are intimidated by the huge selection of parts and their potential compatibility headaches, PC hardware maker NZXT is here to help. The company is now selling what it calls BLD Kits, pre-selected collections of parts that you assemble into a full, working desktop PC. The kits include step-by-step instruction booklets, and even a screwdriver.

Naturally, the BLD kits feature NZXT-branded parts where possible, most notably the stylish H510 case. But the package also comes with a motherboard, power supply, RAM, SSD storage, a graphics card, a CPU cooler, and a copy of Windows 10. Follow the instructions in the included booklet, LEGO-style, and you'll have your PC up and running in a couple of hours. Each step has a corresponding online video if you need extra help. 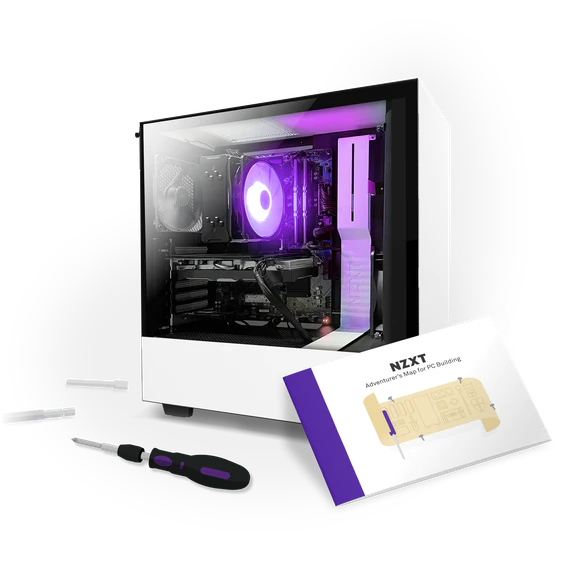 NZXT is offering two tiers of BLD kits: the Starter Pro for $1,399 and the Streaming Plus for $1,599. The base model is no slouch, rocking a Core i5 11th-gen Intel processor and a GeForce RTX 3060 Ti graphics card, along with a 1TB M.2 SSD and 16GB of RAM. NZXT says that this model, which is on the mid-range of the PC gaming spectrum, will hit up to 85 FPS in CoD Modern Warfare at 1080p.

And if you need a little more oomph, the more expensive version uses an AMD Ryzen 5 5600X and a beefier 650-watt power supply, with an overclocking-friendly Kraken M22 liquid CPU cooler. That boosts performance to up to 120 FPS in Modern Warfare on the same card. The extra wattage gives you more options for upgrading, especially if you can manage to find a more powerful GPU. All components come with a 2-year warranty.

Comparing the list of parts to similar options on PCPartPicker, NZXT is only asking for a $100 to 200 premium over the retail price of the components—and that's assuming you can find an RTX 3060 Ti at its regular price. (Spoiler alert: you can't.) For the convenience of getting every part pre-selected with assembly instructions included, that's not a bad deal.

The BLD kits obviously aren't meant for experienced builders, unless perhaps they're so strapped for time that they want to entirely skip the component selection process. With just two options (and only one choice of graphics card), the lack of variables will be off-putting to many PC gamers. 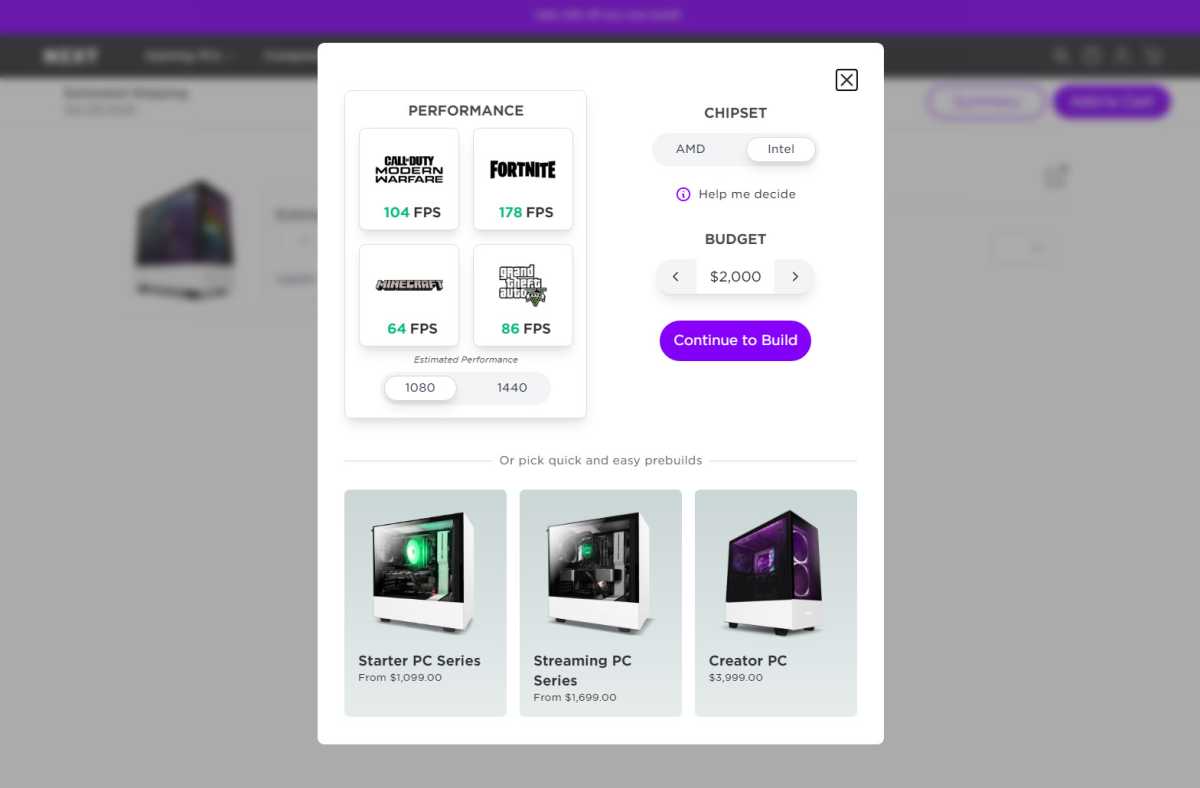 NZXT has more robust options for those customers: an online builder tool that lets you choose from a wide variety of matched components based on your budget and performance targets. (NZXT cases, coolers, and motherboards are featured heavily, of course.) But these offerings come without the handy instruction booklet and with the assumption that you don't need the help—or at least that you can Google it for yourself.

The BLD kits could be a very appealing option for parents looking for a way to instill basic electronics skills in their kids. Assembling a PC in such a direct and guided way would make for a great holiday project, and of course there are at least some adults who'd appreciate the simplicity, especially for a potentially harrowing first build. Once it's done, you'll have a full ATX desktop PC, ready to accept upgrades for years down the line. And perhaps more importantly, you'll have the skills necessary to install those upgrades.