Don't log out of Microsoft 365, Microsoft warns as Teams, Outlook and more go down

Don't be tempted to log out, Microsoft warns, like the old man who warns the foolish teens not to explore the old mine 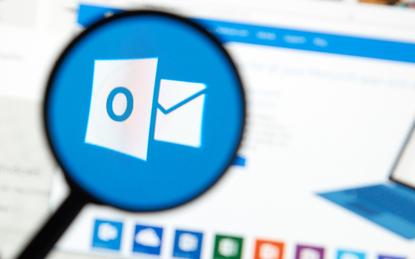 If you’ve been unable to connect to Microsoft’s services, you’re not alone. Microsoft is suffering through an outage that has taken down Outlook, Microsoft Teams, and others. If you are connected, don’t be tempted to disconnect just to see what’s going on, Microsoft warns.

Microsoft’s Office.com portal health site shows that Outlook still remains down, though other consumer services remain unaffected. The Microsoft 365 service page, showing the status of Microsoft’s business services, notes that Microsoft Teams may also be affected, along with its related services.

Microsoft’s Twitter account noted the outage at 2:44 p.m. PT, claiming then that it was “investigating an issue affecting access to multiple Microsoft 365 services.” At 4:48 p,m. PT, the company thought that it had everything under control. Unfortunately, that no longer seems to be the case.

“Rolling back the previously described change did not resolve the incident as expected,” Microsoft said on its Office.com status page, under the “more details” heading. “We’re evaluating additional options to remediate the problem.”

Microsoft, however, has some advice on what to do, and what not to do. “ Existing sessions do not appear to be affected,” the company wrote. “Affected users are encouraged to keep existing sessions going and to avoid re-authenticating to Outlook.com services.”

The bottom line, then, is that if you’re logged into a Microsoft service, such as the mobile version of Outlook, or of Teams, stay logged in, and you’ll keep getting your email and messages from your co-workers.

Logging out, though risks dropping access, as Microsoft will force you to reauthenticate. And until Microsoft can fix the problem, you’ll be locked out.

Update: Microsoft says that the service outage has been resolved. "Any users still experiencing impact should be mitigated shortly.," the company said in a tweet.