Make sure your F5 button's greased. 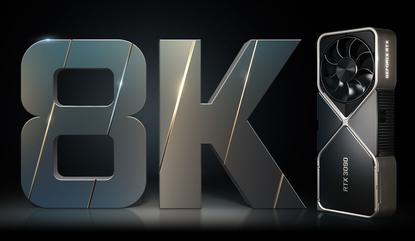 The $700 GeForce RTX 3080, Nvidia’s staggeringly powerful flagship gaming card, sold out in seconds when it launched last week, dragging retail sites offline under the strain of the demand. Would-be customers screamed so loudly that in a rare move, Nvidia apologized and promised to beef up anti-bot security on its own site for Founders Edition cards.

Well, history could very well repeat itself when the $1,499 GeForce RTX 3090 launches on Thursday, Nvidia warns.

“Since we built GeForce RTX 3090 for a unique group of users, like the TITAN RTX before it, we want to apologise upfront that this will be in limited supply on launch day,” the company said in a post published Wednesday. “We know this is frustrating, and we’re working with our partners to increase the supply in the weeks to come.”

Nvidia also provided a tease of what to expect from its “BFGPU.” Gamers will see 10 to 15 percent more performance at 4K than they did with the GeForce RTX 3080, which costs $800 less than the RTX 3090. “For gamers pushing the limits, the GeForce RTX 3090 is also the first GPU that lets you connect, play, capture, and watch in 8K HDR,” Nvidia says. This card appears aimed squarely at content creators and researchers, though, thanks to its hefty 24GB memory capacity. Nvidia spent most of the post talking up how great the RTX 3090 is for rendering videos and parsing datasets.