Hisense are officially over OLED TVs

The company's first OLED TV will also be their last 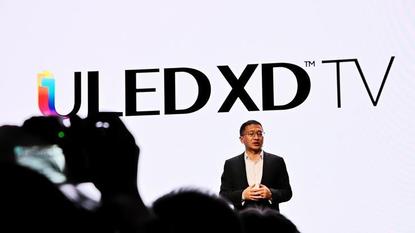 Hisense have officially retired their OLED-based line of 4K TVs after just one model.

The reason why? Hisense told PC World they see their new ULED XD tech as an OLED-killer.

The news comes out of this year's CES in Las Vegas, where Hisense announced a slew of new TVs and more. At last year's CES, the company talked up the potential of their new ULED XD TVs. This year, they revealed their first consumer-ready product based on the technology.

Hisense announced their first OLED TV back in January 2018. That model didn't launch in in Australia until November. No new version of the Hisense OLED TV was released in 2019 and it will not be succeeded in the company's upcoming range either. Hisense's 2020 Australian TV range includes ULED, ULED XD and Laser-based TVs but zero OLED options.

The move (which isn't entirely shocking given how much of a side bet Hisense's OLED TV always seemed to be framed as) adds an intriguing wrinkle to the current landscape of the TV manufacturing world. Given the industry-wide trend towards OLED in recent years, it runs against the grain and says a lot about the level of confidence that Hisense have in ULED XD as a technology.

“If there ever was a Hisense TV technology to challenge OLED, this would be it," said Andre Iannuzzi, the Head of Marketing at Hisense Australia.

Hisense's new ULED XD approach involves squeezing a second HD greyscale panel between the TV's 4K panel and the LED backlight. The company claim this technique will let them offer the same kind deeper blacks and pixel-by-pixel backlighting found in OLED TVs at a reduced cost to consumers.

Initially, only LG was the only major manufacturer to offer TVs based on the display technology. Later, Sony, Panasonic, Hisense and others adopted OLED. To date, TCL and Samsung remain holdouts. For more on OLED, check out this guide.