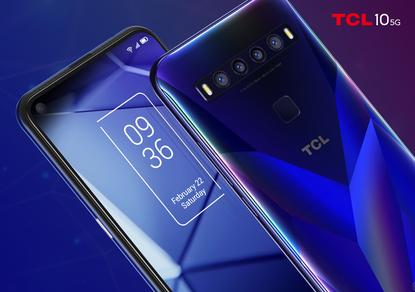 TCL has teased a trio of new phones ahead of this year’s MWC.

“2020 will prove to be a critical year in the evolution of TCL’s business, not just as a mobile device manufacturer, but also as China’s only end-to-end global consumer electronics brand,” said Kevin Wang, CEO of TCL Industrial Holdings.

“Our TCL-branded smartphones and mobile devices will be an important focal point for the larger TCL ecosystem moving forward, and with these powerful and accessible devices coming this year, we feel TCL is well-prepared to compete in any market around the world.”

Last year, TCL launched a new series of mid-tier smartphones under their own name - rather than the Alcatel or Palm brands they’ve previously used to compete in the category. The company now say they’ll be looking to launch the TCL 10L, 10 Pro and 10 5G at at this year’s Mobile World Congress, along with additional products to be announced.

Specs for the TCL 10L, TCL 10 Pro and TCL 10 5G are still to be detailed. However, at this stage, TCL have confirmed the devices will run on Qualcomm’s Snapdragon 700-series SoC platform.

Australian pricing for all three devices is to be confirmed.

Look for more news on the TCL 10L, TCL 10 Pro and TCL 10 5G as we get closer to Mobile World Congress, which kicks off in late-February 2020 in Barcelona, Spain.