Overwatch World Cup to return in 2019 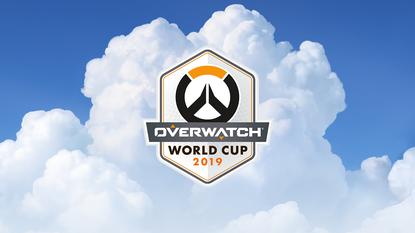 After several months of radio silence on the annual event, Blizzard has confirmed that a restructured Overwatch World Cup will take place in 2019.

Writing on their blog, the developer says that "In the fourth year of the Overwatch World Cup program, teams will form to fight as one unit, rallied under their national flag."

"Players hailing from the Overwatch League, Overwatch Contenders, and even Ranked Play, will put aside their professional rivalries to compete for the glory of their home countries. Of course, three-time reigning champion South Korea will try to hold onto their dynasty of digital dominance to bring home the Gold Medal once again, but the gap at the top is looking narrower than it ever has before!"

Of course, rather than the prolonged set of group stages seen in previous Overwatch World Cup tournaments, this year's OWWC will take place over the course a single week.

This time around, the initial pool of 10 countries will also be decided by a weighted point-ranking system based on the three previous Overwatch World Cups. Any additional countries looking to compete will have to cover the costs of travel involved and compete in a new preliminary single-elimination stage.

Blizzard say that the "Competition Committees and players for the 10 highest-ranked teams confirmed to compete at BlizzCon will receive full support for round-trip airfares, ground transportation, and double-occupancy hotel accommodations. All other eligible countries that confirm their attendance will be fully responsible for their travel and will receive some support for hotels."

Finally, the top six teams from the group stage will advance to a single-elimination playoff bracket to compete for the Gold, Silver and Bronze medals respectively.

The OWWC Competition Committee process will begin later this month. More information can be found here.