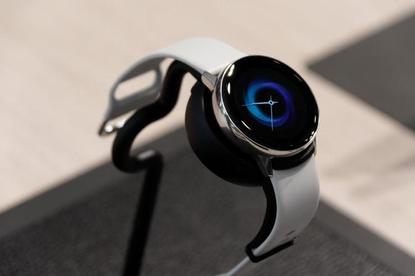 In another piece of bad news for Samsung this week, the Galaxy Wearable app for Android devices is reportedly broken, with many users claiming to encounter sign-in problems.

According to a thread on Samsung’s community forums, Galaxy users have been unable to log in to the companion app since at least Thursday. Users are instead greeted with a white screen, unable to backup their devices or install apps.

At the time of writing, the thread spans 75 pages, affecting multiple Android phones including the OnePlus 6, Huawei Mate 20 and Google Pixel 2 XL - but, interestingly, no Samsung devices.

Users around the world started complaining about the issue on Twitter in no time.

@SamsungHelpUK I'm trying to log into my Samsung acc on the Galaxy Wearable Android app but keep getting blank log in screen. Same on two phones. Do you have a problem?

[Translation from German: @SamsungDE [Samsung Germany] The silly app has logged me out of the store because it says my session expired. Can I log back in? Nope, thanks to a white window…]

@Samsung please fix the issue with the white screen when trying to login to Samsung account via galaxy wearable pic.twitter.com/feQTzxHSsj

[Translation from Portuguese: @SamsungBrasil The Galaxy Wearable app won’t let me log in to set up my Galaxy Watch. Now it’s just a clock. Not happy.]

Some users have reported that the app is working again, though it's currently unclear whether this is due to a workaround found by Samsung user LarsN or whether the issue has been formally resolved on Samsung's end.

PC World Australia have reached out to Samsung Australia for comment.