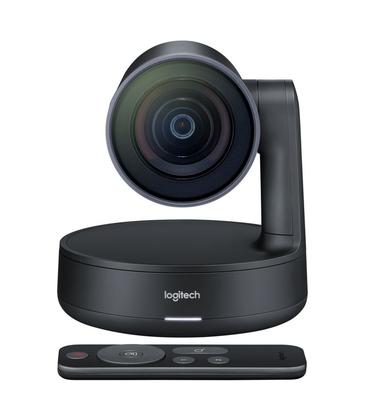 “Just a few years ago, a high quality video and audio system like Logitech Rally would have easily been a five-figure investment,” said Scott Wharton, vice president and general manager of the Logitech Video Collaboration.

“Now, with the Rally portfolio of products, customers get a premium, modular system that raises the bar for USB-connected AV solutions - all at a fraction of the price of other high-end systems.”

Rally separated the speakers from the microphones. By mounting speakers near the display, the audio is better aligned with video, and voices of far-end participants come from the front of the room, which is what people intuitively expect, according to Logitech.

"But until now, Logitech lacked a premium offering for larger spaces. The Rally portfolio gives Logitech the opportunity to move up-market and extend the reach of its conferencecam lineup. Based on what I’ve seen, Rally has the potential to be as disruptive as the earlier Logitech conferencecam solutions”