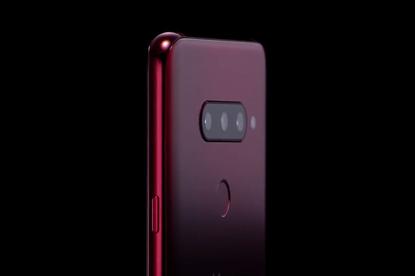 A week ahead of its official reveal, LG have confirmed a few key details about their new V40 ThinQ smartphone.

As previously rumored and now confirmed by an official video teaser for the device, the V40 ThinQ will feature five cameras. Three on the back, two on the front.

You can watch the video teaser for yourself below:

It's also been confirmed that the LG V40 ThinQ will have a 6.4-inch display - which is slightly larger than last year's V30 and V30+ - and run on the same Snapdraogn 845 processor found in this year's mainline G7 ThinQ.

When we reviewed last year's V30+, we came away impressed.

In our review at the time, we said "The V-series has always been LG’s playground for the more ambitious fare left out of their more-mainstream flagship G-series - and all the better for it. The V30 continues that trend in good form."

Expect full details - along with Australian pricing and availability - to come when the LG V40 ThinQ gets its official unveiling on October 3rd.