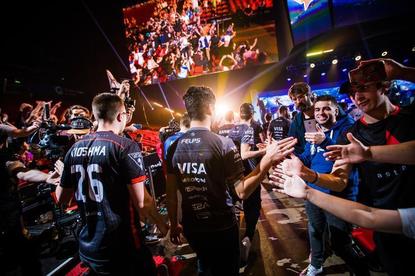 Sky has announced that a Ginx eSports TV pop-up channel will launch on August 13th as part of the Sky Starter Package.

“The worldwide eSports market is growing at a phenomenal rate and it is now at a stage where we think it makes sense for Sky to get involved. With medal events in the 2022 Asian Games and serious discussions happening to include eSports in the 2024 Summer Olympics, eSports will only continue to grow.”

The three-month pop-up will bring Ginx eSports, the first and largest eSports TV network in the world, to TV.

Currently available in more than 55 million homes, across more than 50 territories in 10 languages, Ginx eSports TV aims to extend the reach of eSports into mainstream sports audiences.

As well as broadcasting live tournaments, Ginx offers viewers round the clock eSports news, recaps and live entertainment formats, telling the stories of the players, the teams and the behind-the-scenes at events from across the globe.

“The global appetite for eSports has never been greater” said Sam Butler, Director of Affiliate Sales at Ginx eSports TV.

“We’re very excited to bring Ginx eSports TV to New Zealand for the first time. Our channel gives eSports fans a whole new way to experience eSports action on television. We look forward to working with Sky TV to establish Ginx eSports TV as the eSports destination on TV in Aotearoa.”