Finally, a real taste of Black Friday in July. 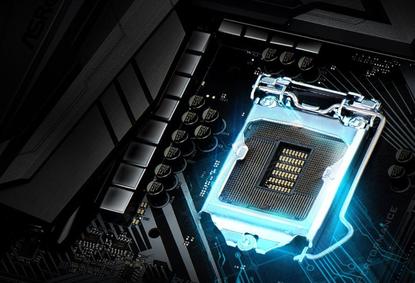 Buried among the Amazon Prime Day deals on sheet sets and luxury skin cream are the deals the PCWorld staff cares about most: laptops, desktops, components, keyboards, mice, routers, and everything that completes the PC experience.

This year has a surprising well-rounded selection of bargains on offer. (It’s the first time we’re listing cables!) Of course, that has to do partially with Amazon’s ever-growing reach: The company’s AmazonBasics line keeps expanding, as does its roster of third-party partners and vendors.

We’ve sorted the deals by category, which run alphabetically. For a quicker, even more curated version of this list, you can check out our main Amazon Prime Day deals article—which, coincidentally, has links to all of our write-ups on the good tech deals we’ve discovered.

Sometimes you don’t need fancy products to get a job done. This ultra-simple monitor stand will serve in a pinch if you want to save money more than anything else.

One of our favorite cases for one of the lowest prices we’ve seen yet. (Technically, it’s been cheaper at Newegg, but you had to file a mail-in rebate.) Just behold the glory of that tempered glass, and you’ll know why we’re tempted to break our rule on buying things we don’t need.

This price is a substantial savings over previous deals. It’s enough of a drop that if you wanted to splurge on the Gigabyte X470 board that’s on sale right now, you’d still come out even with the 2700’s normal price and a much cheaper mobo.

Of the discounts on internal hard-disk drives, the best bargains are the 3TB NAS, 6TB, and 12TB drives from Seagate. (Particularly that massive 12TB one.) You’ll also score the lowest (or very-near lowest) prices on the SSDs, too.

Prime Day brings a slew of discounts on popular mechanical keyboards this year, including the insanely popular Corsair K70 and HyperX’s affordable Alloy. The Alloy, Strafe, K70, and K95 are at all-time lows.

If you absolutely must have a cheap and portable Windows 10 laptop, the VivoBook isn’t a bad option—especially because you can upgrade Windows 10 S to full Windows 10 for free. It will, of course, perform like an extreme-budget laptop; that’s to be expected given the specs and price.

Instead, we recommend the Aspire E 15 if you don’t mind some bulk. It’s a basic Windows 10 laptop that’ll offer the full Win10 experience out of the box and good performance in the future. It’s already a value-buy at its normal price, so it’s almost a steal at sale price of $330.

As for the gaming laptops, we’ve seen cheaper deals during Black Friday, but these are very respectable prices for what you get. If you can’t wait another four months, these are worth a look.

Need a Chromebook? Amazon’s got you covered. The models with the steepest discounts are the Acer Chromebook 11 and Acer Chromebook R 11 convertible, but all of these models offer solid savings.

Just one desktop deal is worth mentioning this Prime Day. While the difference between DIY and pre-built has shrunk now that component prices aren’t so crazy, this particular build offers about $200 savings versus DIY. Of course, if you’re careful about shopping on sales, it’s possible to match these specs, but for those who don’t need the satisfaction of rolling their own PC, this is a solid choice.

This year, Corsair dominates in the mouse bargains, both in number and the deepest price cuts we’ve seen. The M65 Pro in particular is at its lowest price ever.

The discounts on these monitors are some of the deepest we’ve seen—and the selection covers both everyday users and gamers alike. (That ultrawide is particularly tempting, though.)

Of the networking gear on sale, we’ve got our eye on the Netgear Orbi Mesh Wi-Fi system deal—the Orbi’s one of our favorites mesh routers, and this particular model comes with a built-in cable modem.

The Stream Deck is an excellent piece of hardware that makes makes streaming (or even recording game video) much easier. Even though it had some software issues during our review, at 33% off MSRP, it’s worth a look—we liked it enough to still call it a valuable tool in a streaming kit.