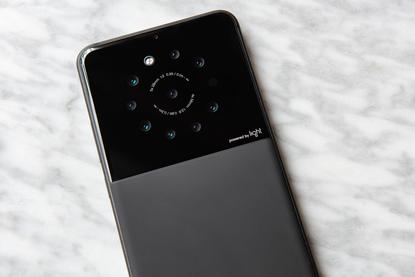 Camera startup Light are said to be eyeing an expansion into the smartphone space, teasing a concept phone with nine lenses and intentions to partner with an established smartphone brand as soon as this year.

Multi-lens camera configurations have become a dominant trend in the smartphone space in recent years, with this year's Huawei P20 Pro raising the bar to triple-lens. However, by comparison, Light's phone design looks to eclipse even that.

The company told The Washington Post that their hardware is said to be capable of capturing 64 megapixel shots, better low-light performance and more-sophisticated depth effects.

Previously, Light have only shipped one product: the L16, an ultra-compact camera that features 16 lenses.

However, based on the report, Light are planning to partner with and augment an established smartphone brand in the same way that Leica have with Huawei and HMD Global's Nokia have with Ziess Optics.

According to the report, Light "says a smartphone featuring its multi-lens array will be announced later this year."