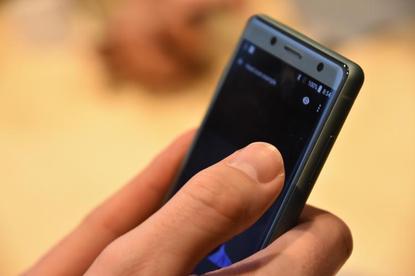 “The immersive entertainment features available in the XZ2 and XZ2 Compact are inspired by a significant shift in consumer behaviour,” explained Sony Mobile’s Managing Director of Oceania, John Featherstone.

“According to our new consumer researchii, 40 per cent of millennial consumers consider their smartphone their primary source for creating and consuming entertainment content. Because of this, there is a growing desire for mobile technology that elevates the emotional and sensory experience of consuming content on the go.”

“With camera, screen and sound technology that is world-first for a smartphone, we’re excited the Xperia XZ2 will make mobile immersive entertainment a reality for consumers to both create and consume,” added John.

Announced at this year's Mobile World Congress in Barcelona, the Xperia XZ2 is equipped with an extended 5.7-inch HDR FHD+ display with a 18:9 aspect ratio and the same powerful Motion Eye camera found in last year’s XZ Premium. It also boasts the latest Qualcomm Snapdragon 845 processor, support for filming 4K HDR video content and comes equipped with 4GB of RAM and 64GB of internal storage.

The key callout here is a new feature called Dynamic Vibration. Inspired by the DualShock vibration found in Sony's Playstation controllers, the phone will map out the bassline in video content and vibrate along with it.

In our review of the Xperia XZ2, we said that "The Sony Xperia XZ2 marks the start of a new chapter for Sony’s flagship efforts in the mobile space. However, it fails to really push enough or the right boundaries for it to come off as anything other than yet-another all-glass smartphone with no headphone jack and support for wireless charging."

Then, the XZ2 Compact drops the Dynamic Vibration and shrinks the screen-size down to 5-inches. It also features a smaller battery. Otherwise, it offers up more-or-less the same combination of specs when comes to camera, display, storage, memory and processing power.

A range of other supporting accessories for the new devices will be available after launch in late July, including the new Style Cover Touch and Style Cover Stand in black for both models; a Wireless Charging Dock (WCH20; and Quick Charger UCH12W.

Xperia XZ2 is priced from $1249, and available in Liquid Black at Harvey Norman, Noel Leeming, 2degrees, Sony Stores and online.

Xperia XZ2 Compact is priced from $1049, and available in Black exclusively at Noel Leeming and at Sony Stores.