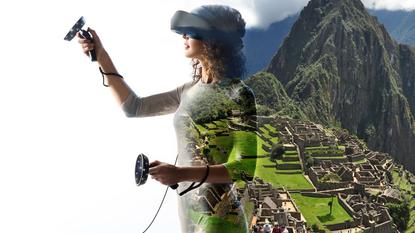 Alienware and Dell have announced they'll be giving attendees of this year's PAX Australia the opportunity to test-drive a pair of custom designed mixed-reality experiences using the company's new Dell Visor headset.

The first of these two experiences is said to involve best-in-class gaming tech while the other will utilise a green screen to provide an immersive experience that gamers can share on their social networks.

“We have joined forces at this year’s PAX with Destiny 2, one of the biggest and most exciting game releases of 2017,” says Joe Olmsted, Director, Dell Gaming and Alienware

Attendees will be able to test out Destiny 2 on the the latest Alienware 13” OLED (which we recently reviewed), as well as the 15” and 17” Alienware laptops. Alienware’s Area 51 featuring the new Intel Core X-series processors, new monitors, keyboards and mice will also be on display (which we also reviewed).

“Playing on our latest Alienware hardware, fans will have an unrivalled gaming experience with the rich graphics and intricate gameplay to truly bring the game to life.”

Alienware’s Lenard Swain will also make a return to Australia as the host of Alienware.TV, presiding over a number of discussions about the industry’s latest innovations and emerging tech.