Moves to pay out receipts by nbn to shareholders 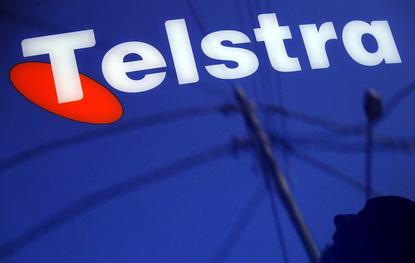 Telstra has revealed its latest plans to tackle the combined headwinds created by the rollout of the National Broadband Network (NBN), the rampant evolution of technology and an increasingly competitive market.

Among the big moves undertaken by the telco as it works to adjust to the emerging market dynamic is a restructure of its dividend payment mix to shareholders.

In a presentation to shareholders on 17 October, the company revealed it is set to forge ahead with its plan to hand out a certain percentage of the payments it expects to get from the company behind the NBN, nbn, in relation to the transition of the telco’s customers across to the NBN.

In August, Telstra said it was hoping to "monetise" between $5-5.5 billion worth of future income from recurring nbn payments in a bid to free up the potential capital sooner rather than later.

Now, the company has said it will return in the order of 75 per cent of net one-off NBN receipts to shareholders over time through fully franked special dividends.

This move comes at a cost, however, with the company making the move to adopt an ordinary dividend payout ratio of 70 to 90 per cent of underlying earnings, instead of its historical practice of paying out almost 100 per cent of net profits to shareholders.

“Now I would like to say that changing the dividend policy was one of the toughest decisions the Board has ever had to make,” Telstra’s chairman, John Mullen, said in the shareholder presentation.

“We spent many long hours debating it, many sleepless nights working it through in our minds, knowing full well the impact it would have on our shareholders, and trying to arrive at the best balance between providing consistent shareholder returns and the strategic direction the company must take,” he said.

The move comes as the company faces down stiff competition and other industry headwinds, not least of which is an expected $3 billion shortfall stemming from the rollout of the NBN, and the resultant transition of Telstra broadband customers to NBN services, many of whch may be provided by other resellers.

Other challenges include the exponential rate of change in technology and the growing demand for connectivity and the imminent entry of a fourth mobile network operator into the Australian market, TPG, which Mullen said will be a formidable competitor.

Against this backdrop, Telstra CEO, Andy Penn, reiterated the company’s previously announced plan to invest $3 billion in its network, with the cash aimed at “achieving a step change” in the company’s customer experience and to improve the digitisation of its core operating environment.

“I do not think that shareholders would appreciate our going out and spending billions of dollars to buy a business or businesses that would replace the lost earnings through acquisition, just for the sake of making up the numbers,” Mullen said. “This would be very expensive, could take us away from our core competencies into whole new areas of risk, and could jeopardise the strength of our balance sheet.

“Instead, therefore, our strategy to grow the business, position it to meet the challenges and opportunities ahead, and to create long-term shareholder value,” he said.