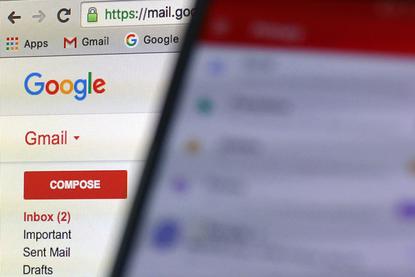 Google is making it easier for people to dash off a quick email reply from Gmail on their smartphones. The Smart Reply feature, which offers a handful of contextually-aware, computer-generated responses, is coming to Google’s flagship email app for iOS and Android, the company announced at its I/O developer conference Wednesday.

The feature provides users with three machine-generated responses, based on the content of whatever message the user is replying to. It’s built using machine learning, and is designed for use with smartphones, so that people on the go can dash off a reply to their correspondence partners without much effort.

Smart Reply began its life as part of Inbox, Google’s alternate email client for smartphones. Right now, 12 percent of all email replies sent through that app are Smart Replies.

At first, Smart Reply will be available globally in English for users of the Gmail app for iOS and Android. In the coming weeks, Google will also make it available for users who write in Spanish, with other languages coming after that.

Wednesday’s announcement is one of many expected from Google’s I/O developer conference in Mountain View, California. One of the key themes this year is the tech titan's embrace of machine learning. Google CEO Sundar Pichai also announced a new Tensor Processing Unit that's designed to speed up computation for machine intelligence training and inference.