Chromebook shipments will grow by a healthy 16.3 percent this year as the device expands outside the education market 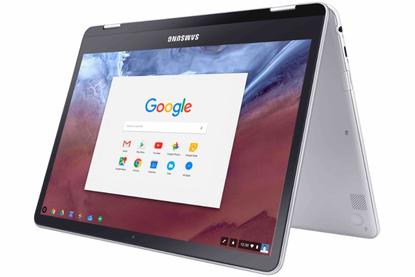 In a slowing PC market, Chromebooks siphoned market share away from Windows PCs in 2016 as their popularity grew outside the education market.

Chromebook shipments grew by a stunning 38 percent in 2016 compared to 2015. Gartner estimated 9.4 million Chromebooks shipped, compared to 6.8 million units in 2015.

The number is just a fraction of overall PC shipments, but growth came in an otherwise down PC market. Overall PC shipments in 2016 were about 270 million units, a decline of about 6.2 percent, according to Gartner.

Looking forward, 2016 may go down as the best year ever for Chromebook shipment growth. Gartner is estimating shipments to continue growing in the coming years but at a slower pace.

Analyst firm IDC has also predicted Chromebook shipments will grow by double-digit percentages in coming years. Most of the Chromebooks are shipping to classrooms in the U.S., Nordic countries, Australia and New Zealand.

There is also growing interest in Chromebooks from businesses in the finance and retail sectors. Companies are using Chromebooks as no-frills mobile thin clients, considering they are cheap to deploy and easy to manage, said Mikako Kitagawa, an analyst at Gartner.

Traditional client-server virtual desktops can be expensive to deploy and hard to manage. Conventional thin clients from companies like Dell, HP, and Ncomputing aren't portableÂ but remain popular as a way to centralize data on servers.

Chromebooks run on Google's Chrome OSÂ and are targeted at users who do most of their computing on the web. They are popular in classrooms because they are rugged, low-cost and fit into the limited budgets of schools. Schools are switching to Chromebooks from the expensive and fragile iPad.

The iPad had limited use for educators, many of whom need a keyboard, Kitagawa said.

While popular in the U.S., Chromebooks still haven't broken through in international markets, especially in Asia, Kitagawa said.

Some basic problems, like a lack of cellular modems, are holding back the adoption of Chromebooks. Chromebooks today are reliant on Wi-Fi, which has a strong presence in the U.S. but not developing countries, Kitagawa said.

Google, however, is taking steps to grow in international markets. Android is popular worldwide, and many new Chromebooks support apps downloaded from the Google Play store. Newer Chromebooks have touchscreens to run Android apps.

Also, like Chromebooks, teachers will be able to easily set up Windows 10 S laptops. Laptops with Windows 10 S will be priced starting at around US$189 will begin shipping in the coming months.