HP excelled in North America, which was decisive in helping it beat Lenovo 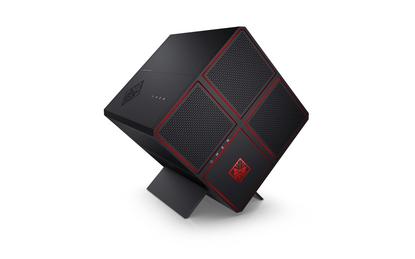 It was another tough quarter for PC shipments, but there was good news for HP, which edged Lenovo to regain the title of world top's PC maker, according to IDC.

Worldwide PC shipments totaled 60.3 million units in the first quarter of 2017, growing by just 0.6 percent compared to the same quarter the previous year.

Lenovo previously beat HP for the title of the world's top maker in 2013 and has mostly held the position since then. HP regained the top spot this quarter boosted by strong laptop shipments worldwide. Now the question remains if HP can hold the spot.

A separate survey released by Gartner put Lenovo as the world's top PC maker. The numbers of IDC and Gartner don't match as the two firms measure PC shipments in different ways. For example, Gartner does not account for Chromebook shipments in its survey.

According to Gartner, worldwide PC shipments totaled 62.2 million units for the first quarter, down by 2.4 percent.

Nevertheless, the analyst firms agreed that PC shipments were held back by rising prices, which happened due to a shortage of NAND and DRAM. Prices of the components are expected to rise even more in the coming quarters, which could affect PC prices.

But the rising prices shouldn't stop PC shipments from picking up later this year. Businesses are expected to upgrade to the latest PCs, and they tend to spend more on laptops and desktops.

Lenovo took a beating in North America, which is the main reason it lost the top position in IDC's survey. HP did well in the region. PC shipments rebounded in Europe, while Asia-Pacific was soft.

HP has cut many low-priced PCs while focusing on high-end PCs and premium designs. Lenovo has come up with innovative PCs like Yoga, but its home market of China was weak.

In third place was Dell; its shipments went up by 6.2 percent to 9.6 million. Fourth-placed Apple's shipments grew by 4.1 percent to 4.2 million. In close fifth was Acer, with shipments totaling 4.1 million.