No Play Store for old Chromebooks

Even if they can run Android apps 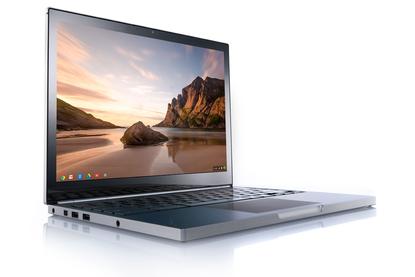 As the company announced during Google I/O 2016, Google plans to bring the entire Play Store—Google’s repository for Android apps—to Chrome OS. Not every app will work flawlessly, of course, as the Chromebook will need to have any hardware the app requires to function. But for the most part popular Android apps should run just fine.

But here’s the catch: The upcoming Android apps functionality will only work with future Chromebooks and select existing Chromebooks that rolled out in the last two years, as Ars Technica first noticed. Google recently posted a compatibility list for Chromebooks that will run Android apps, and the roster is sure to frustrate folks who jumped on the Chromebook bandwagon early.

That suggests there are no technical limitations preventing at least some older Chromebooks from running Android apps. Google told Ars the decision to cut out devices older than two years was intentional. In other words, don’t expect to see a ton of other devices added to the list over time. If that’s the case, then the limitation may be a ploy by Google and its partners to sell more Chromebooks.

As for users who haven’t yet touched a Chromebook, if anything will help Chrome OS catch on in the consumer market it’s Android apps. Everyday customers who are reluctant to try Chrome OS may think twice when the same apps they’re familiar with on their phone are also available on their PC—especially when it comes to Chromebooks rocking touchscreens like the convertible Asus Chromebook Flip.

The Play Store on Chrome OS is expected to start rolling out to mainstream users later in 2016.