Company has big plans for the world's 800 million knowledge workers 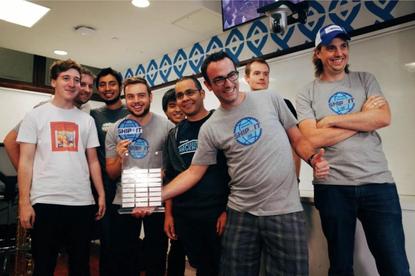 As Australian collaboration software maker, Atlassian, made its long-awaited initial public offering in the US on Thursday, its soaring share price offered a strong testament to the company's distinctive sales strategy and history of profitability.

Though the Nasdaq Global Select Market IPO set the company's share price - sold under the ticker symbol "TEAM" - at $US21, it opened at $US27.67, reflecting a value well above $US5 billion. The stock's closing price was $US27.78.

It's reportedly the first IPO since September to price above range.

In its last private investment round, Atlassian had been valued closer to $3 billion.

"We're overjoyed and excited," said Jay Simons, Atlassian's president, in an interview. "We take it as a signal that people are as excited as we are about the business that we worked so hard to build. We take a lot of satisfaction in that."

Atlassian has long been distinguished by the fact that it maintains no sales force and relies instead largely on word-of-mouth recommendations. Perhaps even more distinctive is that it has been profitable for more than 10 years.

With about 1,400 employees worldwide, Atlassian boasts more than 51,000 paying customers in more than 160 countries, including 79 of the Fortune 100 and 273 of the Fortune 500. Its products include JIRA for team planning and project management, Confluence for team content creation and sharing, HipChat for team messaging and communications, Bitbucket for team code sharing and management and JIRA Service Desk for team services and support applications.

Atlassian plans to use its newfound riches to continue to grow the business, Simons said.

"Teamwork can be one of the most frustrating things people do, but it's so critical," he explained. "When we look at the opportunity presented to us by the 800 million knowledge workers around world, we're just beginning to change how people work."

Recently, Atlassian has been expanding the audience for its team-support products. Although originally aimed at software developers, for example, its new JIRA release offers three versions for different audiences, including one intended for nontechnical teams.

Atlassian may have chosen to list its shares on a US exchange, but it's still Australian at heart, Simons said.

"Our roots run deep -- we'll always be an Australian company," he said.

"We're also a global company, so we needed to look to markets that are more familiar with high-growth tech companies," he added. "But that doesn't change where we hail from and how deeply we care about our origins."

It's been a tempestuous year for so-called "unicorns," or companies valued above a billion dollars. Square, for instance, saw its valuation drop by $3 billion in its IPO last month.

With its long history of profitability, however, Atlassian is no typical unicorn.

"We've been patient and methodical about how we've built the company," Simons said.

"A lot of companies can chase the Global 2000," he added. "We're chasing the Fortune 500,000. We believe every company, regardless of industry or size, deserves great software, and we're excited to get back to that."