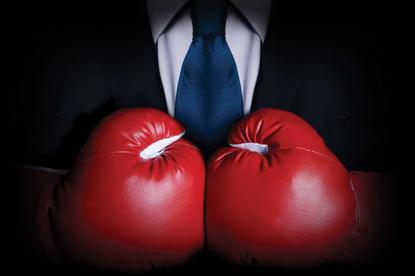 Google and Microsoft have seemingly called time on their on-going patent war, which has seen a total of 18 law suits filed between the rival tech giants over the past five years.

Not only is the end of this feud in sight however, it appears the two companies will be working together on future projects and collaborations.

As revealed through a joint statement between both parties, as part of the agreement, the companies will dismiss all pending patent infringement litigation between them, including cases related to Motorola Mobility.

“Separately, Google and Microsoft have agreed to collaborate on certain patent matters and anticipate working together in other areas in the future to benefit our customers,” the statement adds.

At present however, there are no details on what projects the companies will be working on together.

The original patent arguments stemmed from video compression and wireless technology that was implemented on the Xbox, plus a string of issues relating to Google’s acquisition of Motorola back in 2011.

Many reference former Microsoft CEO Steve Ballmer for the driving force behind the patent feud, trying to constrain Android’s growth and trying to give Windows Phone the edge.

Current Microsoft CEO Satya Nadella has a different approach however, which focuses less on operating system dominance, and more on placing Windows apps and services in front of the largest audience possible.

Going forward this could have positive outcomes for Windows Users, who have been largely frozen out by the internet giant since the troubles began five years ago.

Do you think Google and Microsoft’s settlement is positive for consumers? Tell us your thoughts in the comments below