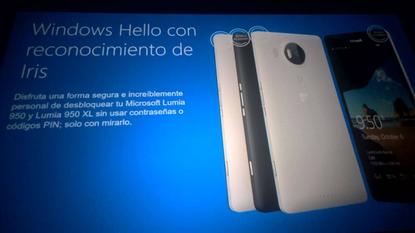 Following months of rumours, many in the industry expected Microsoft to confirm the specifications of its upcoming Lumia flagships at their Windows 10 device event on October 6.

However, slides from the upcoming event have been leaked online, confirming the rumoured specifications of Microsoft’s two new devices.

For those unfamiliar with the devices, here are the listed specs below:

The latest images suggests that Microsoft is releasing two premium flagships to compete with Apple and Samsung.

Do you think these devices will convert users to Windows Phone? Let us know your thoughts in the comments below