Consumers have to ask themselves if they are willing to pay $800 for a smartphone, regardless of how good it is 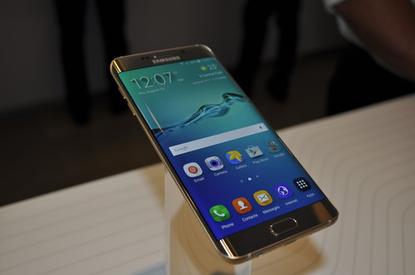 Samsung Electronics' latest flagship smartphone has some great hardware in a compact chassis for a device with a 5.7-inch screen. But there are some missing features and the price tag is eye watering.

Until this year, the appearance of Samsung's smartphones was a big weakness with their plastic looks. But that has changed this year with first the Galaxy S6 and S6 edge, and now the Galaxy S6 edge+. The smartphone was launched on Thursday alongside the new Galaxy Note 5. With a mixture of a metal frame and glass back, all four are a big improvement and the new design makes them look like the high-end products they are, as opposed to resembling a $200 smartphone.

Samsung has decided to stick with a 5.7-inch screen with a 1440 by 2560 pixel resolution on its large screen smartphones, and it remains a big reason to get the Galaxy S6 edge+. The higher resolution makes more sense on the larger screen size. The curved sides can now be used to access favorite apps and contacts, making the curve more than just a cool-looking design feature.

While the screen size is the same, Samsung has succeeded in making the device smaller without making it feel fragile. The S6 edge+ measures 154.4 x 75.8 x 6.9 millimeters and weighs 153 grams. That makes it smaller and lighter than the iPhone 6 Plus, which measures 158.1 x 77.8 x 7.1 millimeters and weighs 172 grams. What makes the difference even more impressive is that the Apple device has a smaller screen at 5.5 inches.

Under the hood, the S6 edge+ has inherited a version of Samsung's own Exynos processor from the existing Galaxy S6 models, with four cores running at 2.1GHz plus another four running at 1.5Ghz. The processor is based on a 14 nanometer manufacturing process, which should help improve performance and lower power consumption. That combined with 4GB of speedy memory as well as fast integrated storage results in excellent performance.

I want my smartphone to be waterproof...

Since the S6 edge+ is based on the existing Galaxy S6 models, some of the things that users found annoying about those smartphones remain, including that they're not waterproof. Although this feature has fallen somewhat out of favor industry-wide, it's still offered on recent devices from Sony and Motorola Mobility.

...and to have a microSD card slot

Up to 64GB of integrated storage is plenty for most users, but the flexibility of having a microSD card still has some value even in our increasingly cloud-centric world. This is again a feature that has split smartphone vendors. The likes of OnePlus and Xiaomi are siding with Samsung, while microSD card slots are still available on recent phones from Sony, LG Electronics, HTC, Motorola Mobility and Huawei Technologies.

There is no denying the S6 edge+ is an engineering tour de force, but all that fancy hardware comes at a cost. The price tag in the U.S. for the 32GB version will be about $800, and that's a lot of money for a smartphone, particularly since Samsung's competitors are increasingly focusing on smartphones that cost below $400 and that offer very good performance in most regards.