Cisco's pay package for CEO Robbins is a sweet deal 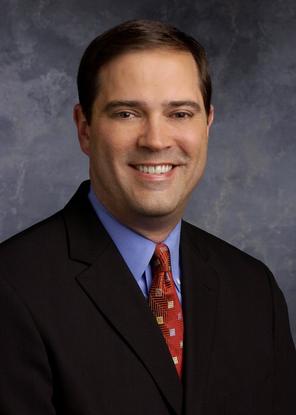 Robbins will make US$1.15 million in salary in fiscal 2016, which began this week, and he could earn another $2.59 million based on performance under Cisco's Executive Incentive Plan. Add in as much as $13 million in stock grants, and Robbins could bring in more than $16.7 million for his first year at the helm.

By contrast, Chambers got $1.1 million in salary and a smaller basic percentage bonus under the Executive Incentive Plan in fiscal 2014, according to the company's proxy statement issued last September. Chambers was a 20-year veteran at the helm of the company and was also chairman of the board. He's now stepped back to become executive chairman.

Cisco revealed the compensation figures in a regulatory filing on Wednesday. The disclosure comes soon after the company announced moves that might eliminate more than 800 jobs. Cisco recently shut down its Invicta flash storage business and sold off its set-top box operation.

It's rare for an incoming CEO of U.S. company to even match the pay of the outgoing chief, especially if the new chief was promoted from inside, as Robbins was, said Nora McCord, managing director at the Palo Alto, California, office of compensation consultancy Steven Hall & Partners. A traditional rule of thumb is for a new CEO to start at about 15 percent of the former leader's pay and only match that figure after two or three years of getting established in the position, she said.

Companies that have to entice a new executive from another company often pay more, but Robbins has worked at Cisco for 17 years. Previously, he was senior vice president of worldwide field operations.

Robbins's potential payout under the Executive Incentive Plan, which could be as much as 225 percent of his annual salary, is also higher than most companies offer, McCord said. A more common figure is 100 percent of salary. In fiscal 2014, Chambers had a target award of 200 percent. Total cash incentive awards at Cisco include a variety of other performance measures that can push payouts higher.

But Cisco's generosity here may be more in line with its competitors in the red-hot tech sector. Hewlett-Packard, as close as Cisco comes to a head-to-head rival, paid CEO Meg Whitman up to 200 percent of her $1.5 million salary under an incentive plan in fiscal 2014. Indeed, Cisco says it set Chambers's target award for 2014 at the median of its peer group of companies.

A lot is riding on Robbins as Cisco faces growing competition from software-defined networking and so-called "white box" switches and routers that could undermine its traditional core businesses. He also takes on the task of guiding Cisco into the heart of what the company calls the Internet of Everything, encompassing millions of connected devices and back-end services that take advantage of them, an opportunity the company pegs at more than $19 trillion over the next several years.

As Chambers steps down as CEO, he'll be making less than he did before. His base salary has been cut to $1 million and he won't be eligible for the Executive Incentive Plan for 2016. His stock grants for the year are expected to be up to $7 million.