The Upload: Your tech news briefing for Monday, January 26 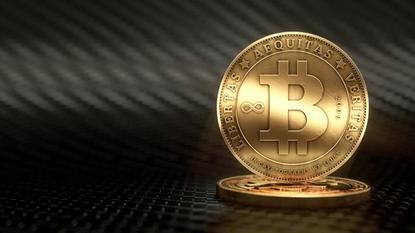 The first licensed Bitcoin exchange in the U.S. is slated to open Monday morning, courtesy of Coinbase, which has been providing a wallet service for users of the cryptocurrency. The move indicates a growing trend to bring Bitcoin out of the shadows: last week plans were announced for Gemini, another regulated exchange to be based in New York.

The airline at the center of two of last year's worse aviation disasters -- a famously vanished plane, and another shot down over eastern Ukraine -- has now been hacked by a group that is threatening to dump a load of purloined data. Malaysia Airlines said its DNS was compromised and users redirected to a fake website, but the hacker group countered that it has obtained user data.

While some tech firms like Twitter have gone to court to fight government warrants for user data, Google apparently handed over the emails of Wikileaks employees without informing them of the U.S. government demands, the Guardian reports. Google was served the warrants in March 2012, but only told Wikileaks about them last month, giving their targets no opportunity to oppose the demands in court.

Google says it's not patching Android versions earlier than 4.4 -- leaving them with a significant security hole via the WebView component -- because the code base is unsafe to fix. The security researcher who originally pointed out that some 60 percent of Android devices are vulnerable said he was glad Google is acknowledging the issue but that the company is not being "super helpful."

A court in Vienna has put Facebook and a class of 25,000 European users on the docket for April 9. The plaintiffs say Facebook misused their private data; the company is starting its fight back claiming that the suit isn't even admissible.

The U.S. agency that develops standards for encryption says it will be more open about its dealings with the National Security Agency, amid widely held suspicions in the tech industry that the NSA undermined those standards to boost its surveillance efforts. Now the National Institute of Standards and Technology has outlined new proposed operating procedures and is looking for public comment.

Signs are pointing to Microsoft readying a public, paid version of its Cosmos big data service that combines computation, analysis and storage, reports Mary Jo Foley at ZDnet. She says Microsoft is now recruiting testers for some components of the massively parallel service that was built to handle data from Azure, Bing, AdCenter, MSN, Skype and Windows Live.

DARPA has upgraded its Atlas robot for disaster response challenges; see it go through its paces.

Sunday marked the 100th anniversary of the first trans-Atlantic telephone call. Take a trip back in telecom time.