Tablets make up 9.5 per cent of devices market: Gartner 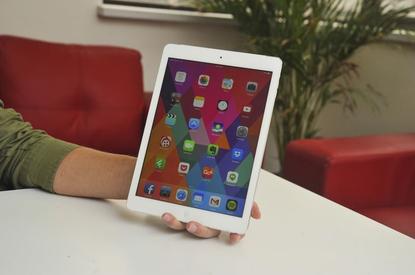 Gartner claims tablets will represent only 9.5 per cent of total worldwide sales of devices in 2014, with growth slowing from 55 per cent year-over-year (YoY) in 2013 to 11 per cent this year.

"Some tablet users are not replacing a tablet with a tablet, they are favouring hybrid or two-in-one devices, increasing its share of the ultramobile premium market to 22 per cent in 2014, and 32 per cent by 2018," Gartner research director, Ranjit Atwal, said.

With 18.1 per cent growth predicted for 2014, the ‘ultramobile’ segment is expected to show the highest increase in the overall devices market; this year’s shipments will amount to 37.6m.

Worldwide combined shipments of devices are forecast to reach 2.41 billion by the end of year, a 3.2 per cent increase from 2013. The mobile phones segment remains the uncontested leader at 1.86bn unit sales, with tablets in third at 229 million, preceded by traditional PCs (desktops and notebooks) at 276 million.

The mobile phone segment will continue to grow through 2015 due to strong sales of lower-end smartphones; Gartner said basic smartphones (including mid-range Google Android-based devices) will finish with 52 per cent growth in 2014, while utility smartphones units (including low-end Chinese white box devices) will double.

"The market is clearly favouring those vendors offering value in lower-priced smartphones. This trend has become more apparent, especially in the second quarter of 2014 when most of the top Chinese smartphone vendors grew volume and market share," Gartner research director, Roberta Cozza, said.

As smartphones reach lower prices, Gartner expects nine out of 10 phones to be smartphones by 2018.