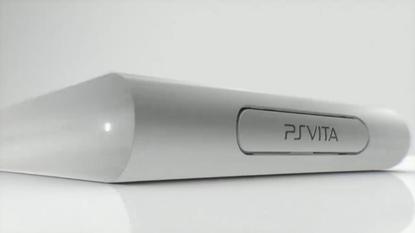 Going head-to-head with Apple and Google, Sony has launched the PlayStation Vita TV set-top box to bring video and games to TVs.

The Vita TV is white, measures 65.0 × 105.0 × 13.6 mm and can be connected to TVs to show content from online video services like Hulu and Tsutaya TV, a Japanese video service, Sony said in a news release Monday.

The entertainment system adopts a chipset and system software from the PlayStation Vita handheld device. More than 1,300 software titles for PS Vita are available on the system, Sony said. Not all Vita games will be playable on the Vita TV though, because the handheld device has special features such as a touchscreen, rear touch pad, motion sensors and microphones that the set-top box lacks, Sony said.

Vita TV will also support PS remote play and the Dualshock 4 wireless controller through a future system software update, Sony said, adding that this will allow users to play most of its future PlayStation 4 games on the Vita TV.

Users will also have access to a browser, email and an application for text and voice chat called "Party," Sony said. Other applications such as a cloud-based music services, an e-book application, a Twitter app and a streaming karaoke service will also become available for download, it added.

The Vita TV will be available in Japan on Nov. 14, prior to other regions, and will be priced at ¥9,954 (about US$100) including tax. Sony did not say when the Vita TV would become available in other markets.

Sony's latest offering is similar to Apple TV and Google's Chromecast. Apple TV is a $99 set-top box that allows users to play content from Hulu, Netflix, iTunes and other services on their TV. Google's $35 Chromecast -- a TV dongle -- sends content from Netflix, YouTube, Google Play and Chrome to TVs.