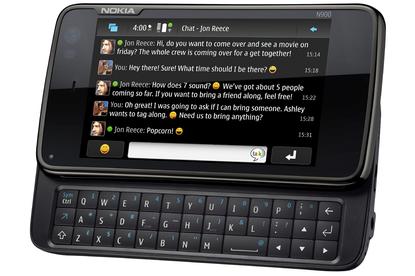 Intel is developing an edition of the Linux-based Meego OS that will work on mainstream laptops and desktops, a company executive said this week.

The chip maker released the first editions of Meego to developers in late March. One edition was for netbooks running on Intel's Atom chips, and another was for Nokia's N900 smartphone. Beyond netbooks and smartphones, the company is also focusing Meego development around entry-level desktops with Intel's Atom processors, said Doug Fisher, vice president of the software and services group at Intel, in an interview this week.

The company plans to release an edition of Meego for entry-level desktops that will also work with mainstream laptops and desktops running on Intel's faster Core processors, Fisher said. He did not provide a specific release date for the Meego desktop edition.

Nevertheless, a bulk of the development around Meego will be focused on netbooks, smartphones and devices like TVs and set-top boxes, Fisher said. A Meego edition for handset devices will be released in October, and netbooks with Meego will appear in the second half of this year, Fisher said. Many laptop makers, including Asustek Computer and Acer, have already voiced support for Meego.

Intel is also keeping tabs on emerging form factors such as tablets. The company is adding touch capabilities to the OS and has said that an edition for tablets was under consideration, Fisher noted.

Smartphones also use different processors, and most of the smartphones today are based on Arm processors. Intel has opened up Meego to Arm processors but is also investing heavily in software development for its upcoming Moorestown chips, which will go into smartphones.

The Meego OS, announced in February, merges Intel's Moblin and Nokia's Maemo Linux-based operating systems. Meego's development is managed by The Linux Foundation. Intel and Nokia are pouring resources into development of the OS.

Fisher said the aim behind Meego is to provide an OS optimized to allow devices with Intel chips to easily communicate with each other. Many devices have multiple operating systems and cannot interact with each other. Meego will allow interoperability between devices based on similar architectures, which could reduce software development costs for service providers.

Meego also helps consolidate an open-source landscape that is highly fragmented, Fisher said. Multiple versions of Linux are available today for netbooks and smartphones. Google is developing the Chrome OS for netbooks and has released the Android OS for smartphones and tablets. Canonical is offering an edition of its Linux-based Ubuntu OS for netbooks.

But Fisher said that Ubuntu and Google are partners, and as a chip maker, Intel's competition comes from chip designers like Arm. Intel's main goal is not to put Meego on as many devices as possible, but to ensure that the device works with Intel architecture.

"We want to ensure that it has an optimized operating environment," Fisher said.