Things are going great. Everything is awesome. Apple posted another record quarter, this time the company's biggest second fiscal quarter, with $97.3 billion in revenue. Almost every product category showed growth.

And yet, despite all the great numbers, I sense a disturbance in the force. The analysts of Apple's quarterly conference call to discuss its results felt it, too. Thus far, through unprecedented global instability, Apple has managed to keep on keeping on. But can it continue floating above it all, or is it about to face hard times?

All the good news

Essentially, almost all of Apple's arrows are pointing up. The company reached new highs in its installed base in every one of its major product categories and geographic segments. On the services side, the number of transacting accounts, paid accounts, and accounts with paid subscriptions all reached all-time highs. Apple now has more than 825 million paid subscriptions across all its services, up 25 percent in the past year.

And, yes, iPhone sales were up year-over-year. Mac sales were the second-most ever. Services and Wearables, Apple's fastest-growing categories, were up double digits–even if their growth has decelerated a little bit over the past few quarters. Only the iPad showed signs of weakness, and it was minimal–down two percent in revenue during a period of supply-chain limitations. 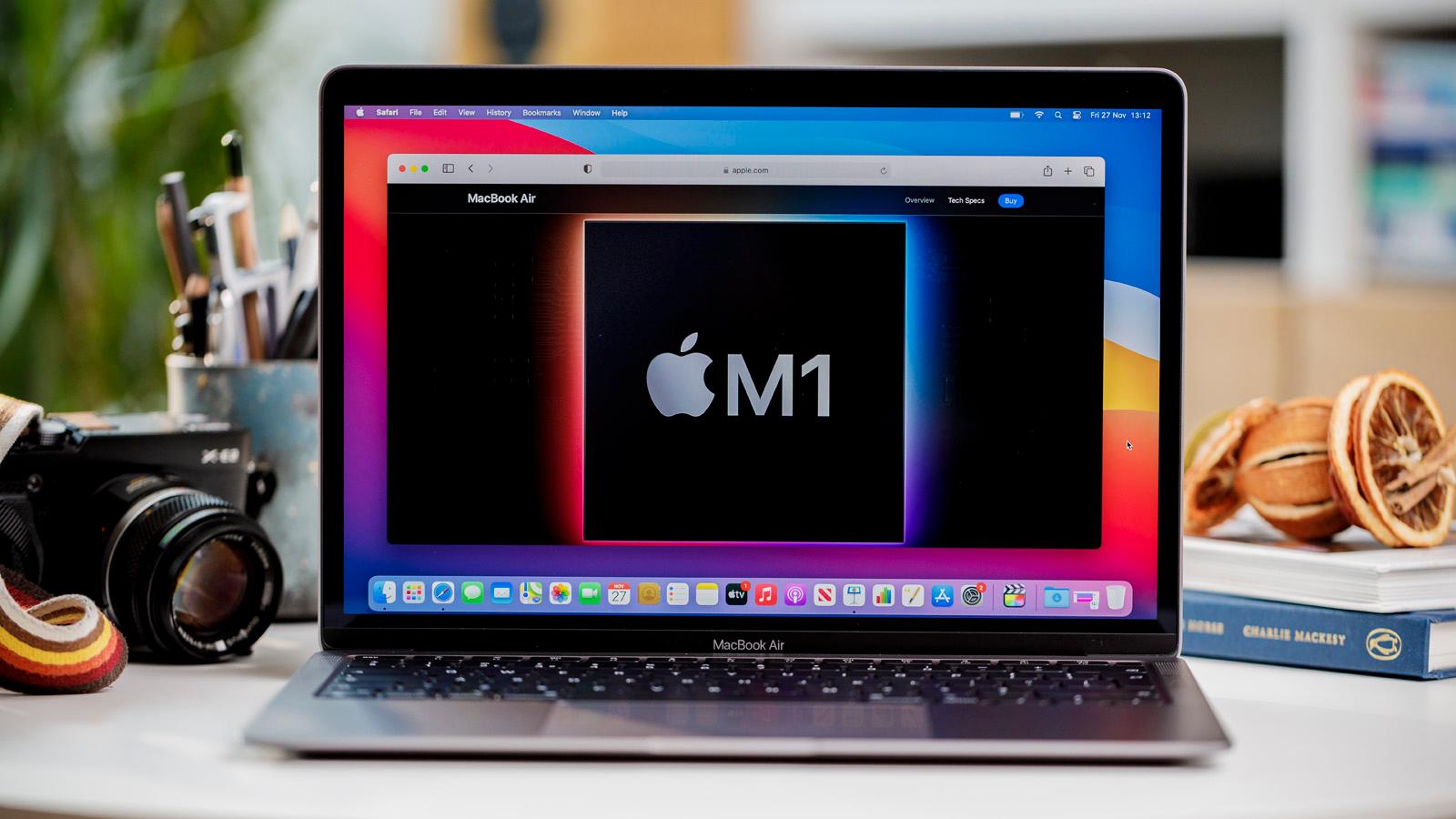 According to Apple, 50 percent of Mac buyers were new to the platform.

Keep in mind that this quarter was also what the financial wonks like to call a tough comp–in other words, the deck was stacked against it compared to the same quarter a year ago. That's because the iPhone–which, remember, is more than half of Apple's total revenue!–came out a little bit later in the fall of 2020, meaning that more new iPhone sales spilled into early 2021. The iPhone returned to its traditional launch cycle in late 2021, meaning that the initial iPhone sales spike didn't slide into the second financial quarter. And yet… iPhone sales still went up. Beating a tough comparison is something that will warm the heart of every corporate accountant.

The uncertainty is real

Since the COVID-19 pandemic, Apple has abandoned its traditional practice of offering guidance to Wall Street. Guidance is essentially Apple predicting what its results for the next financial quarter will be. Wall Street hates to be surprised. For a few years, Apple was guilty of sandbagging–namely, being so conservative with its guidance that it reliably overshot it by a mile. Then the company tweaked its formula and began predicting its future results with remarkable accuracy.

But as the pandemic slows down, the guidance stopped. Apple insisted that due to instability and shifting situations, it could no longer confidently predict how its business would perform. Despite this, Apple's business just kept motoring along. During COVID, Apple has gone on a run of success that's nearly unprecedented in American business history, setting record after record.

However, things started to get scary last October. That's when Apple reported a record quarter–but said that supply constraints meant the quarter had $6 billion less revenue than it should have, all due to unfulfilled sales.

What's worse, Apple forecast that it would leave even more on the table for the holiday quarter. That quarter was another record, but Apple seemed to be turning the corner in terms of the impact of supply-chain constraints.

Well, the supply chain constraints are back, and they will be substantially larger than they were in the second quarter, according to Apple CFO Luca Maestri. Due to a combination of COVID effects that temporarily shut down some Apple assembly plants in China and the continuing global shortage of computer chips, Apple has made a new forecast: The company's fiscal third quarter, currently underway, will lose between four and eight billion in revenue due to the inability to fulfill customer demand. 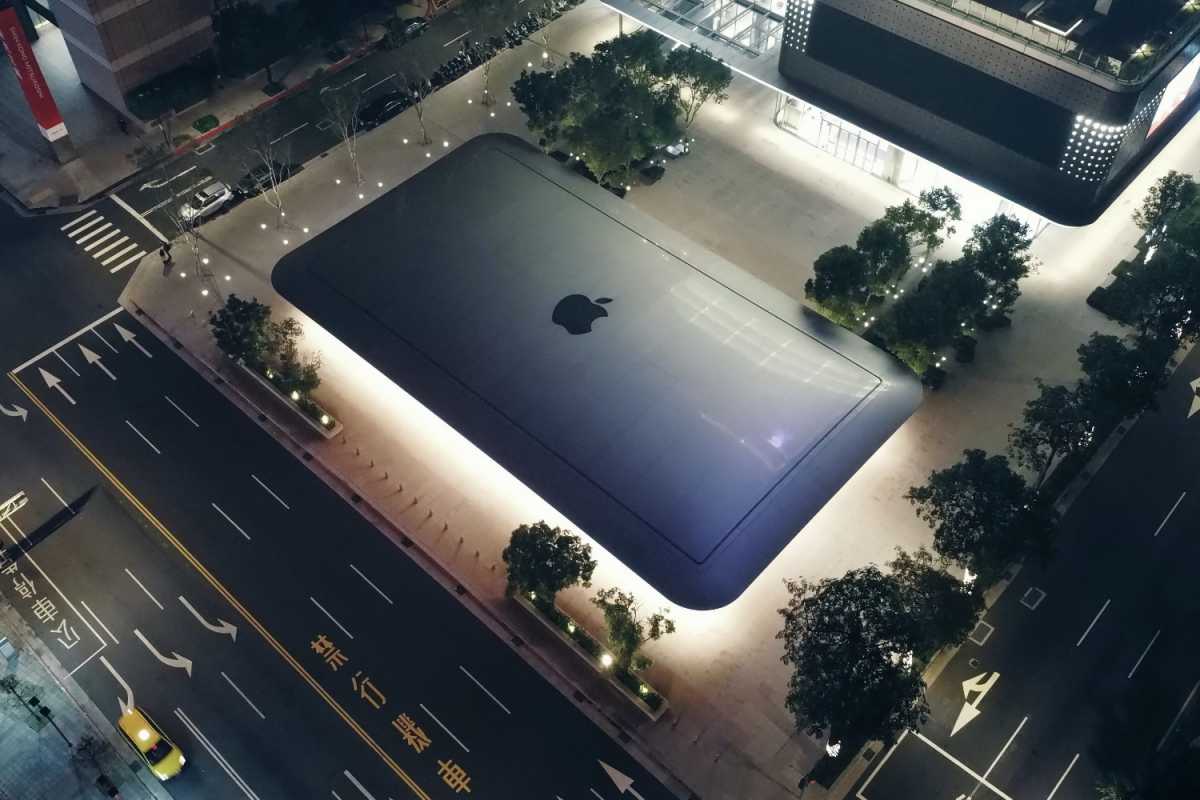 Supply constraints will have a big effect on sales for the current quarter.gnustang/Unsplash

Even for a company that just posted a $97 billion quarter, a reduction in revenue by four to eight billion is notable and serious. And in the past, Apple has mitigated that prediction by offering a general guideline about where it thinks it will land in terms of revenue. That didn't happen Thursday! All Maestri would say is, We are not guiding to a specific revenue number.

What does it mean? Apple could be sandbagging again. But I think Apple really prefers to deliver good news, or at least good forecasts when it can. It's hard not to look at the lack of any detail at all and assume that Apple's looking at a down quarter, one that won't break any records–certainly if the high side of its estimate is true and it's going to forego $8 billion in revenue.

On Apple's conference call with analysts, despite all the congratulations for a great quarter, there was an undercurrent of concern. A big part of it was that four to eight billion figure, but it was more than that. There were concerns about inflation, how much revenue Apple would be foregoing since it's suspended its business in Russia, instability in Europe, about the strength of the dollar causing foreign-exchange woes.

Then Ben Bollin of Cleveland Research asked Tim Cook about freight. Yeah, that's right–shipping stuff, by sea or by air. And if you didn't know, Tim Cook got to be CEO of Apple by caring an awful lot about logistics. Cook took the opportunity to talk about freight, and he ran with it.

Freight is a huge challenge today, both from an inflationary point of view and from an availability point of view, he said. Right now the focus is on moving the freight to customers any way that we can do that. Over time, we'll do that much more efficiently. And I would hope that the fundamental rates reset some, and I'm talking about both ocean and air. Both of them have come under some significant inflationary pressure.

Tim Cook wants you to get that MacBook you ordered as soon as possible. He doesn't want to add your money to the four to eight billion he might not be able to take in this quarter. He'll get that MacBook to you any way he can. But in the long run, he'd really like to be able to load MacBooks on boats and ship them over in bulk, affordably.

I'm looking forward to that day, Cook said, as I know all of you are.

That day may come. But there will be tougher times for Apple before Cook gets there.