On Wednesday, Microsoft announced two new apps that will be arriving on Windows 11 soon—first on test builds for Windows 11, but probably soon on the stable release path, too: Microsoft Family and the Clipchamp video editor.

The two new apps are part of the Windows 11 Insider Preview Build 22572 for the Dev Channel, which normally means that the new changes and additions may not make their way to Windows 11 users in general. But, like many tweaks Microsoft has made recently, these have the feel of an early look of features all Windows 11 users will eventually receive.

The build also makes a significant change to the search feature within Windows 11: Search Highlights looks to be a subset of the Bing pages that are normally associated with Microsoft's search engine. Microsoft will push new content to the search box, pepping it up but also potentially distracting you from your original search.

If you've followed Windows over the years, you're aware that Microsoft reorganizes as much as it adds—transitioning from the older Control Panel to the Settings menu, for example, or by pushing subscription information from the web to within Windows 11. Microsoft Family feels like a similar type of reorganization. 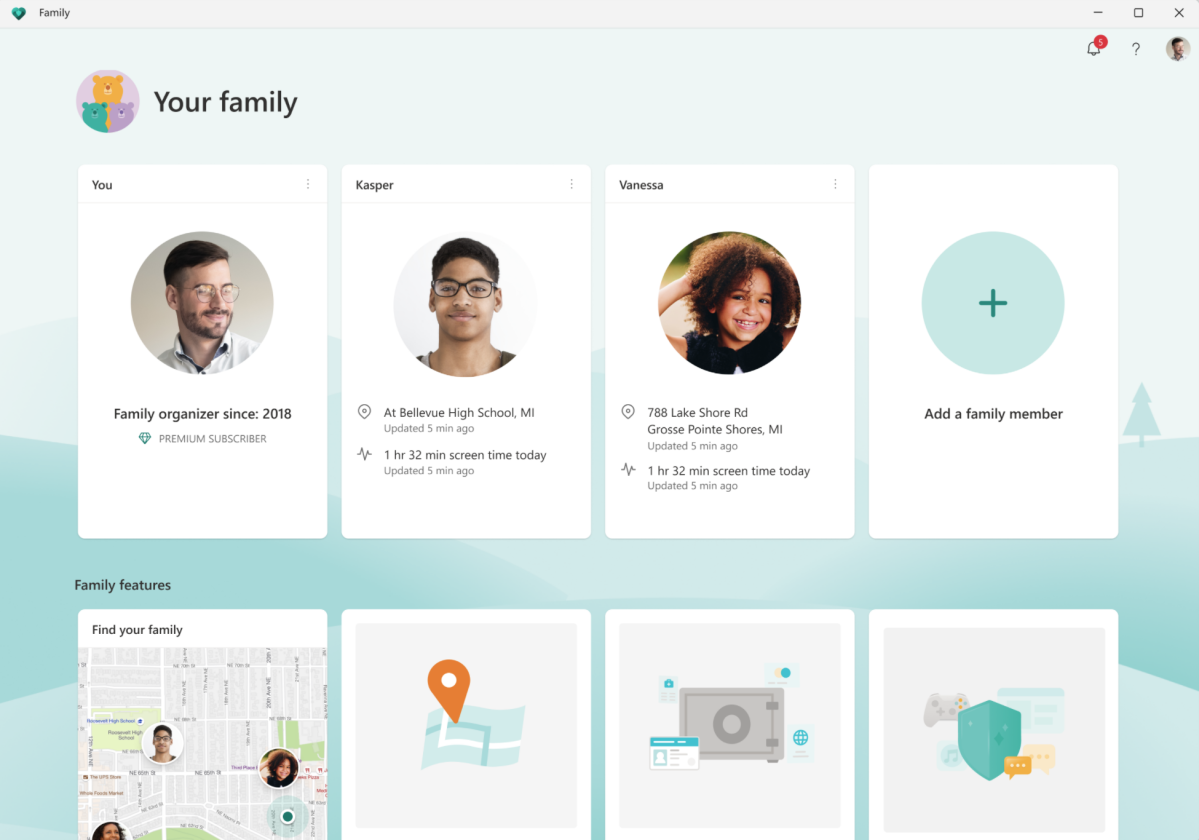 What Microsoft Family does is take the Family Safety mobile app that Microsoft launched in 2020 alongside the consumer version of Microsoft Teams and makes it a built-in Windows app. All Family Safety did was to reorganize some of the features found within the Microsoft Account (as well as the misleadingly named Find My Device) and bring them front and center. Now you can go to Microsoft Family to limit screen time for your kids, set content restrictions, and geofence kids by tracking them on their phones, if they agree.

In September 2021, Microsoft acquired Clipchamp, a small in-browser video-editing application that competes (and still does) with Microsoft's own built-in Video Editor app within Windows 10 and Windows 11. Now, Clipchamp will also be a built-in Windows 11 app, at least for Insiders, initially. (If you're not an Insider, you can still download and use Clipchamp directly from the Microsoft Store.)

Microsoft believes that Clipchamp's selling point is its timeline—the ability to go back and forth within a video, trimming and adding to the video. But the real impact may be from what it adds: a stock library filled with more than a million royalty-free videos, audio tracks, and images that can be added to videos. There's even an Azure-powered text-to-speech generator capable of creating voice overs in more than 70 languages, Microsoft said in a blog post.

Search Highlights is a new feature that Microsoft will roll out next week, the company said, within the Windows 11 search app. You'll see it in Windows 10, too.

Normally, you can just tap the Windows key on your keyboard to initiate a search of your PC. That will search apps, documents, and more. But you can also click the search icon on your taskbar, where you'll see the results of recent searches, and some suggestions: today in history, for example. Search Highlights will take a search like today in history and essentially thrust it on you—so if you search for pears, for example, you may find that the search box has already told you an interesting anecdote about pears from a hundred years ago. 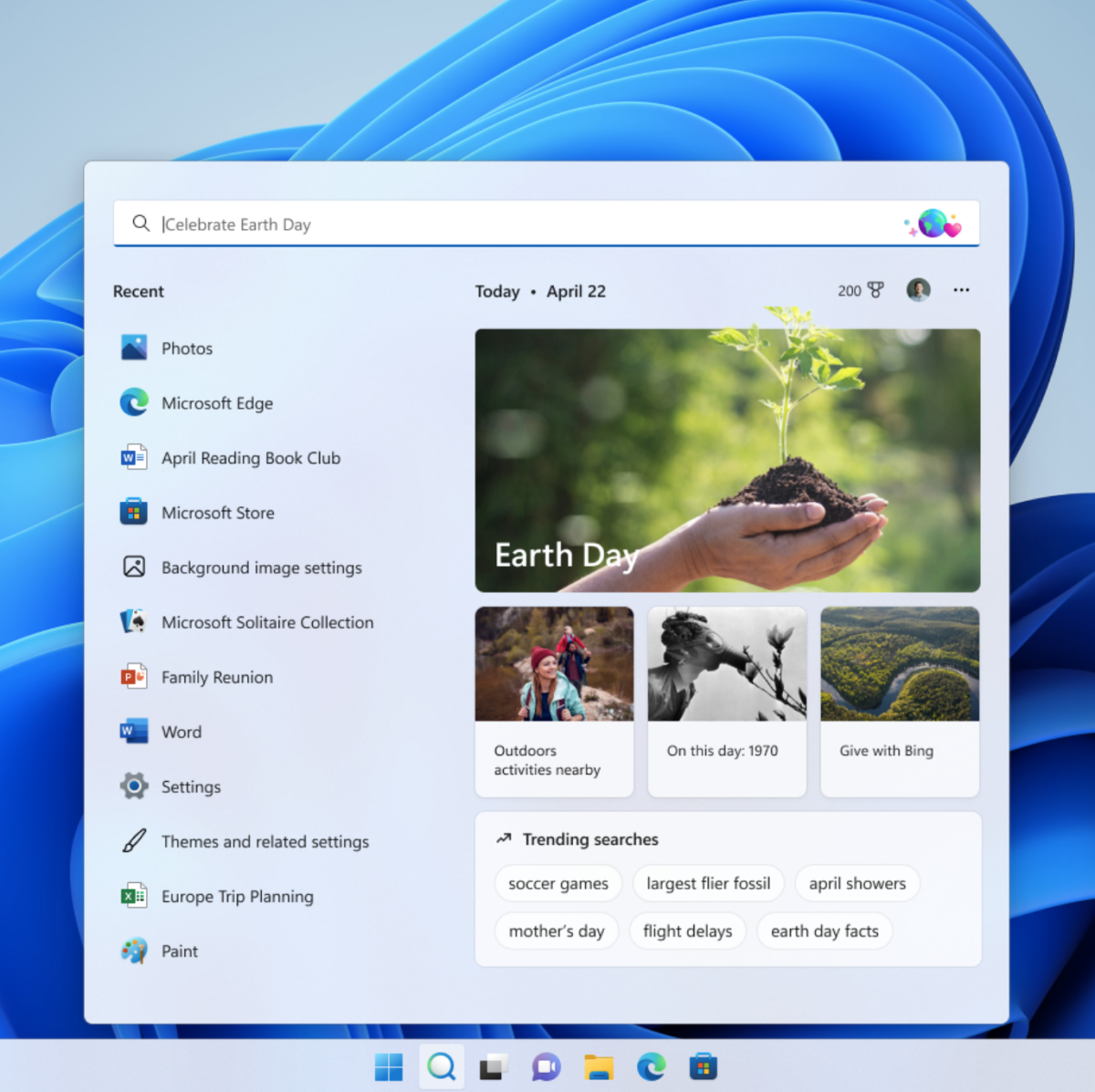 Search Highlights will present notable and interesting moments—like holidays, anniversaries, and other educational moments in time both globally and in your region, Microsoft said. You'll find rich, bold content in search home that highlights what's special about today.

It sounds like Search may become a miniature home page of sorts, with a word of the day, trending searches, Microsoft Rewards information, and so on. It's part of a livelier Windows 11 that sounds more like Windows 10, but it also might duplicate some of the content that's already in Widgets, which may prove interesting in the long run. Logging in with a Microsoft work account will generate results more specific to your workplace.

You will be able to control this, however: in Settings, you'll be able to toggle this on and off with Settings Privacy security Search settings and toggling Show search highlights.