Top-of-the-line supercars use carbon fiber chassis because the synthetic material has an incredible strength-to-weight ratio. EVGA's latest over-the-top desktop PC build uses a carbon fiber chassis because…well, because top-of-the-line supercars use it. The EVGA E1 is custom-designed from top to bottom and packed with both high-end gaming hardware and one-of-a-kind PC desktop architecture.

The centerpiece — literally — is that of a carbon fiber frame. The 2.76-pound contraption is an open-air case, a la the popular P series from Thermaltake, minus a protective transparent shield. (Carbon fiber is also pretty fragile despite that weight ratio, so resist the urge to lug this thing around to a LAN party). But EVGA didn't stop with an open-air design, actually suspending the tray holding the motherboard and other components are steel cables. Why? Who cares? It looks pretty cool. The last extra-bombastic design touch is a trio of racing-style analog temperature gauges sitting above the IO panel. 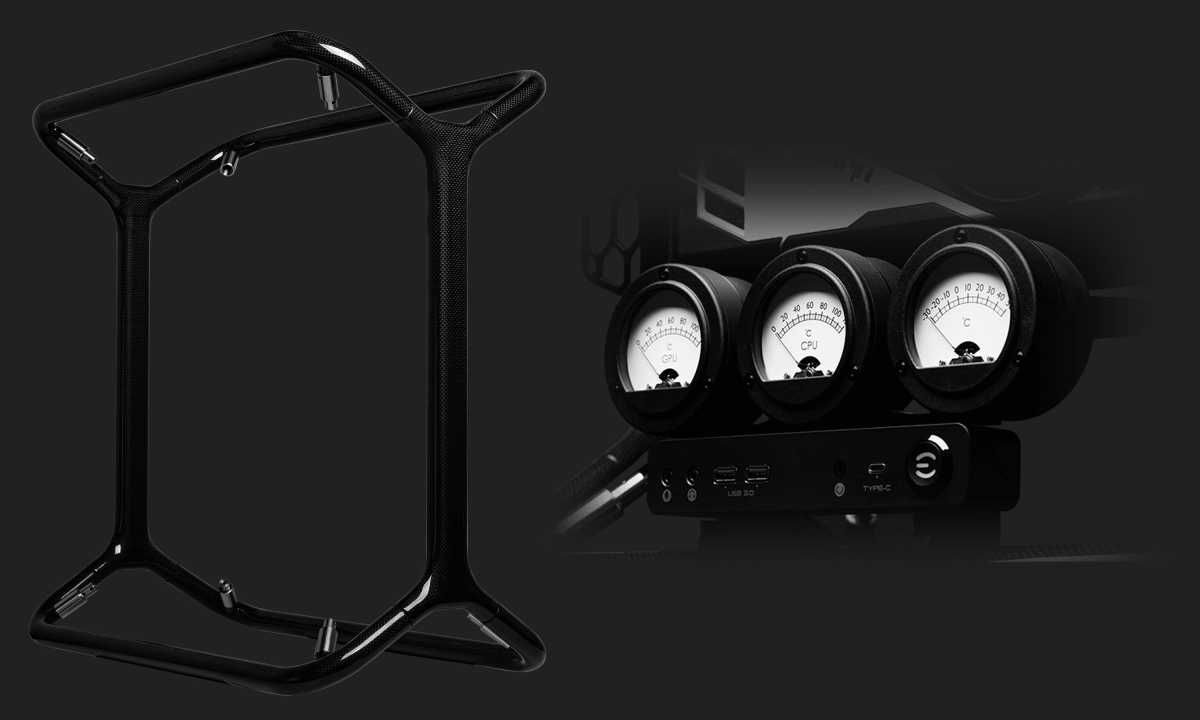 Packed inside (around?) the frame are the absolute latest and greatest in PC hardware. EVGA's Z690 Dark Kingpin motherboard is connected to a 1600-watt titanium power supply, while the (unmentioned, but presumably Core i9-12900K) CPU is connected to a six-fan, dual-radiator closed loop Asetek cooling system with an integrated display for statistical readouts. The loop extends to the Kingpin graphics card — also not specified, but it's been teased on its own and is probably an as-yet-unannounced Nvidia RTX 3090 Ti. 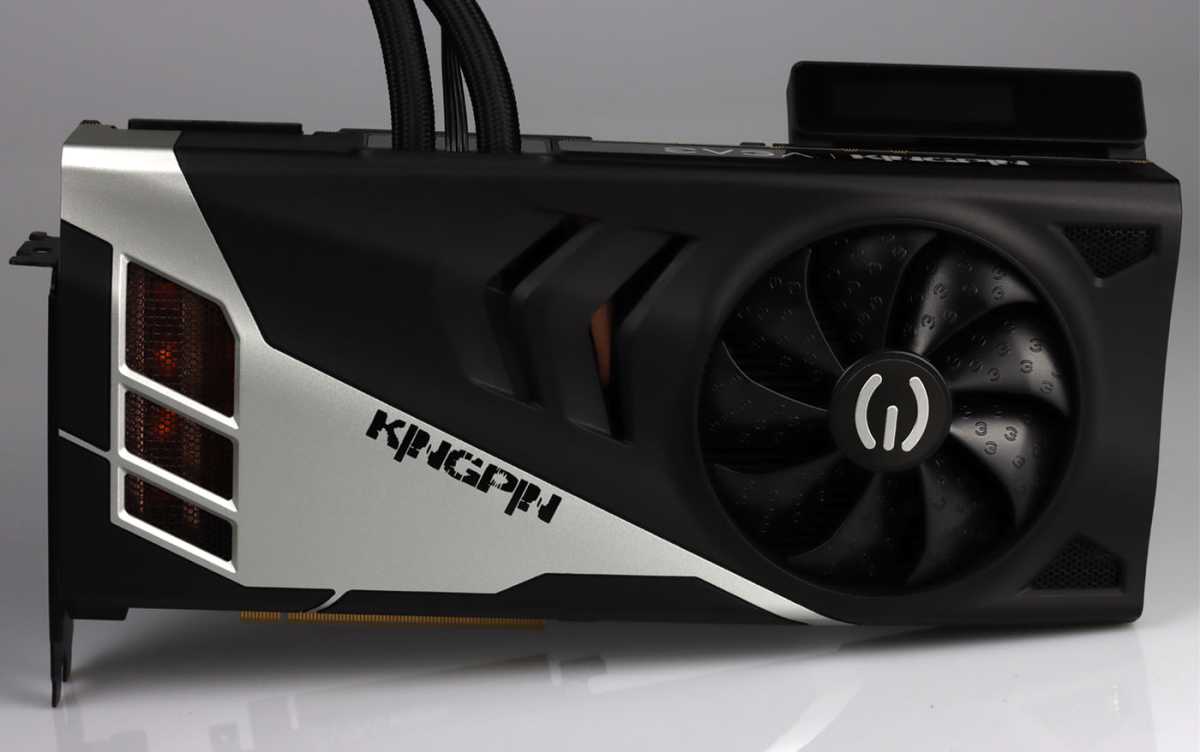 All of the components have been festooned with either extra bits of carbon fiber or murdered out black decorative pieces. And, if all that isn't enough to catch your attention, maybe the custom designed by EVGA keychain, which looks like something you'd get for buying a limited edition BMW M-series, will tip the scales for you.

EVGA's promotional page doesn't mention the E1 as a concept or limited edition project, so it's just faintly possible that gamers with shocking amounts of disposable income could actually buy this thing at some point in the future. If you have your heart set on it, start saving pennies now.