When Apple finally released AirTags last April, it was a welcome new accessory to the lineup. After years of rumors, an official Apple tracker was finally available to for the items in our life that didn't have a chip in them—keys, backpacks, purses, anything. Our biggest issue on launch day was that the key tag holder cost as much as the AirTag itself.

But almost immediately, AirTags started making headlines for all the wrong reasons. First there were fears over the battery compartment, which is relatively easy to open and could pose a choking hazard for small children. Apple responded with a warning on its website to keep AirTags away from children and will likely tweak the design in future versions.

The more pressing issues are related to unwanted tracking. A spate of police reports have highlighted a disturbing trend of thieves and stalkers using AirTags to track their would-be victims. First, the York Regional Police Department issued a statement detailing the use of AirTags to track luxury vehicles from parking lots to residences. Then a Dodge Charger owner in Detroit found an AirTag hidden on the underside of his vehicle. And there are likely dozens more that haven't made the news.

It's not just cars that are being tracked. Sports Illustrated swimsuit model Brooks Nader took to Instagram after she was notified that an unknown AirTag was traveling with her after leaving a bar in New York City. And she's not alone. Numerous women around the country have been alerted to AirTags traveling with them since the product was released less than a year ago.

Thankfully Nader was able to disable the tracker without incident, and there have been no documented accounts of violence occurring after someone has been tracked with an AirTag. But her ordeal highlights the ways that people can use AirTag in nefarious ways that aren't listed on Apple's AirTag site and it seems to be just a matter of time before someone is able to use an AirTag to commit a violent crime.

While the system is working as intended, it's clear that Apple is going to have to modify the AirTag in meaningful ways to address the ways people are using it to track people. Here are three main AirTag issues and possible solutions:

In order to let people know that an unknown AirTag is traveling with them, Apple sends a notification to their iPhone to alert them. Then, the user can play a sound to locate the AirTag, disable it, and stop sharing your location.

It's a great system that has had real-world positive results, but it takes too long to arrive on your iPhone. Apple estimates it takes between four and eight hours to send an alert, which could be a potentially fatal span of time. By cutting down the time it takes for alerts to appear to under an hour, Apple could cut down on the ability for people to use it as a stalking tool. Sure there may be the occasional false positive if you're hanging out with friends or at a club, but that could be mitigated by starting the timer only after moving some distance (say, 100 feet). It'll also make the AirTag much less effective as a stalking device. 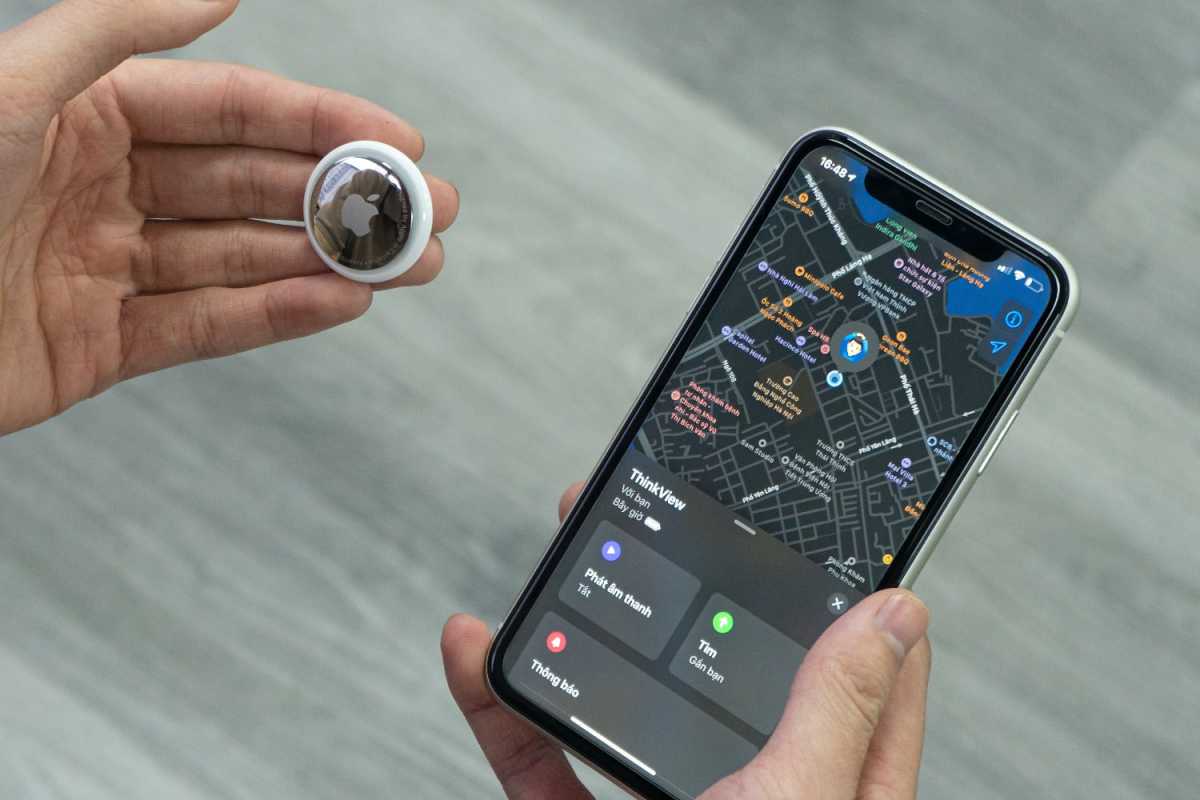 Apple delivered on its promise to ship on AirTag tracking Android app by fulfilling its obligations to the least extent possible. The Android app is little more than a button to scan the surrounding area for any nearby trackers. It doesn't perform background scanning or issue push notifications, and it certainly doesn't let Android users track items on the Find My network or set up Find My compatible devices.

It's understandable that Apple wouldn't want to put much effort into apps on competing platforms, but as the reports of people using AirTags for nefarious reasons pile up, it might need to rethink that stance. The AirTag could be a great cross-platform accessory that introduces Android users to the Apple ecosystem with the simple addition of the Find My app to the Google Play Store. You can already log into your iCloud account through Chrome to access Find My in a limited fashion on an Android phone, so making it all work is just a matter of designing an app that makes it easier to access. 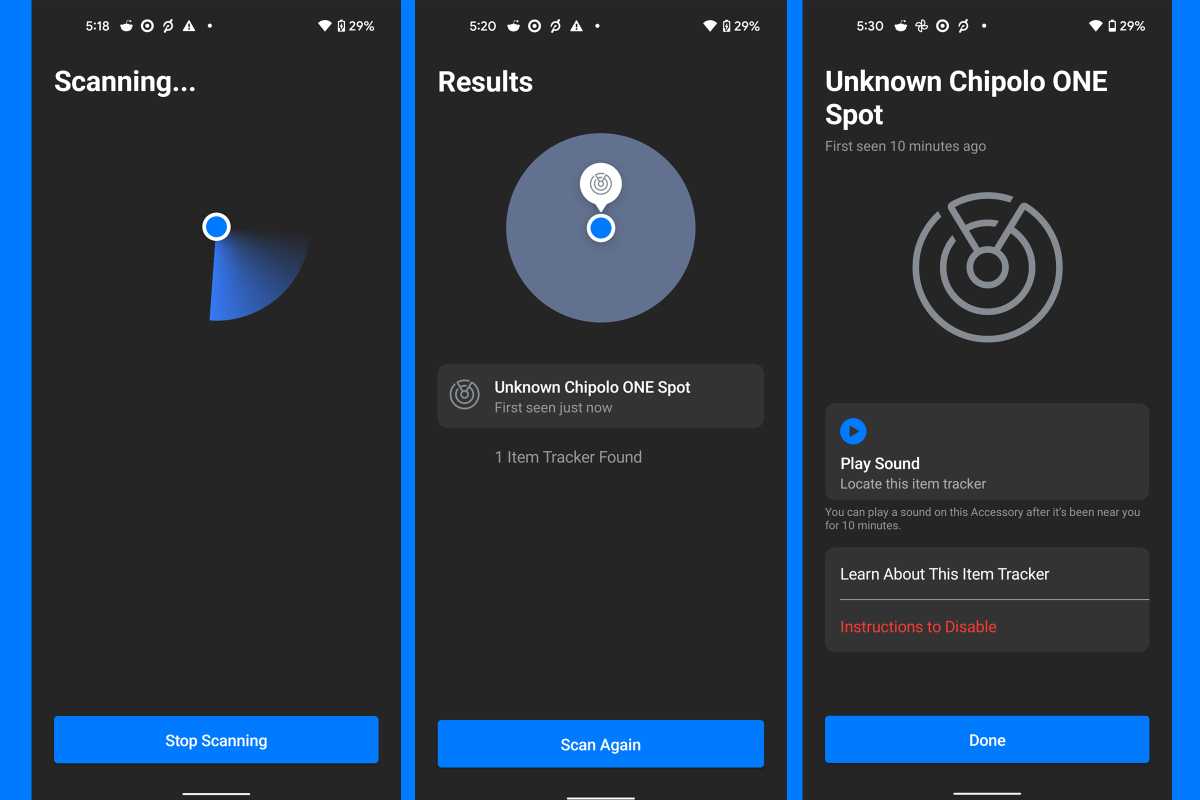 Apple's Tracker Detect app for Android is as bare-boned as it gets. Image: IDG

Problem 3: An unknown AirTag might not emit a sound for a full day
Solution: Tie alert sounds to unknown tag notifications

Not everyone checks their phone every few minutes and some people don't even pay attention to notifications as they arrive. But they will take notice if they hear a strange beeping in their vicinity.

We know what you're thinking: But AirTags will beep constantly! Sure, there might be some annoyances, but we're willing to bet that the instances where people are sharing AirTags are pretty low. Plus Apple offers a way to disable an alert on known AirTags shared between family members, so nine times out of 10, the sound will be a warning not a nuisance.

It's not that AirTags don't work well. Quite the contrary, they work so well that Apple might not have foreseen how easily they can be abused. But with a few tweaks Apple could put the attention back on the right way to use them.